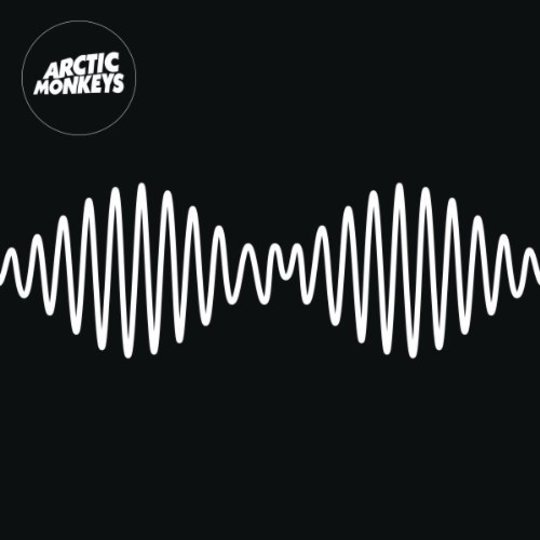 In a musical era that is supposedly post-consensus and post-criticism, it remains surprisingly easy to identify a band’s de facto masterwork.

NB, then, that since Arctic Monkeys’ 2006 debut their LPs have each attracted a distinct and pretty evenly proportioned subset of zealots. This makes ranking the band’s releases an interesting litmus test; in revealing their fandom’s orientation, a person unwittingly flashes their whole musical ideology.

Here’s what I mean: fans of the first and second records tend to subscribe, respectively, to:

Rock as a youthful manifestation of antisocial cynicism

Rock as a youthful manifestation of anti-industry cynicism.

Then there’s Humbug, which seduces discerning cult curio seekers, while Suck It and See advocacy is the calling card of a quasi-elitist who secretly longs for the Smiths.

If somebody tells you that by conflating the subjective and sociological Arctic Monkeys illuminate some pretty diverse and fascinating cultural constructs, but where it’s really at is throwaway non-album single ‘Leave Before the Lights Come On’, you’re in the presence of true observational pedigree. There’s a pretty high chance you’re in the presence of this reviewer.

AM takes this narrative somewhere new and intriguing and far from home. The young Arctics were prickly and detached. A self-confessed quiet child, Alex Turner always hovered over his chip shops and taxi ranks. But above all Yorkshire anchored the band. In their minds, or at least their music, America existed abstractly, a place of fake tales and industry rituals. Hometown pride crackled in Turner’s South Yorkshire brogue - sharp, savvy, assertive, grimly enlightened - which hopscotched through adolescent egos and worshipful bedrooms.

They quickly became the kind of band that keeps music magazines in business. On walls where once pouted glossy Morrisseys now smirked Turner, unimpressed, underdressed, not all that bothered but not unbothered either - sort of ambiguously unambivalent. “Derisory divides will never unhinge us,” Turner sang on ‘Who the Fuck are Arctic Monkeys’. That’s why the mythology sold: you trusted them, trusted that they would advance with a shrewdness and cynicism just way too sophisticated for the celebrity minefield. Which came in handy, because 2011 saw them move to LA.

This sort of changed everything. Even Turner’s new haircut endorsed James Dean and Elvis. But despite mapping new airspace for the band - harder, darker, brawnier - the move also continued a logical trajectory. Rather than betraying their submission to the rock fallacy they’d once chastised, what the relocation triggered was the feeling the boys had passed ‘Go’; like maybe they were toying with the LA thing awhile, squaring up to fame with a masterclass in roll-ups-to-riches prosperity.

Following the justifiable success of Suck It and See, the Arctic Monkeys of AM are going to make us grumble sceptically whether we want to or not. Early reports praised the record’s reinventing Black Sabbath with catchy R’n’B flourishes, a claim of dubious hyperbolical merit. Does AM sometimes resemble Black Sabbath? Absolutely - try ‘Do I Wanna Know?’, ‘R U Mine?’ and ‘Arabella’. Does it sound like R’n’B? Well, Dr. Dre and Timbaland’s influence muscles in on ‘Why D’You Only Call Me When You’re High’, but certainly nothing out-Rs or -Bs their old cover of Barbara Lewis' ‘Baby I’m Yours’. If anything the starchy percussion on songs like ‘One for the Road’ and ‘Do I Wanna Know?’ is deliberately ungroovy and defunked.

What should reassure is that AM sounds, essentially, like Arctic Monkeys. Yet for all the prowling masculinity in the music it’s a neutered, hollowed thing - too confessional, too shallow, too Route One. It’s an album of desperate grasping at adulthood, of spilt secrets and drinks. But you can’t help thinking somebody’s knocked Turner’s cognitive cocktail too.

Because ultimately it’s the lyrics that disappoint. Turner seems part of an elite club of songwriters whose best love songs are the requited ones; tellingly, AM’s pleas to despondent women do not sound persuasive or profound. They barely sound professional. When, eg, did Turner start throwing around “baby”s like a felonious midwife? Of course, there are exceptions. ‘Number 1 Party Anthem’ follows the lineage of ‘Fluorescent Adolescent’, ‘Cornerstone’ and ‘Reckless Serenade’. There’s closer ‘I Wanna Be Yours’, whose lyrics - though they’re John Cooper Clarke’s - Turner streamlines faithfully. And while openers ‘Do I Wanna Know?’ and ‘R U Mine?’ downplay the verbal mischief, it’s barely noticeable, what with the leathered menace and brawling guitars and cool Fifties-period vocal production.

‘Number One Party Anthem’ (ironically titled, you’d correctly presume) is the important one: it sees Turner hone the mystic magnetism of his Submarine soundtrack by painting an archetypal LA character - smoking, shaded, a popped-collar partygoer who inexplicably allures - and in doing so he universalises the personal. Elsewhere AM lacks that character empathy: rather than being detached - ie, cool, wry, transverted - Turner is removed (impulsive, anxious, dull) and it is this subtle distinction that shoots AM down in its shiny leather metal-toed boots.