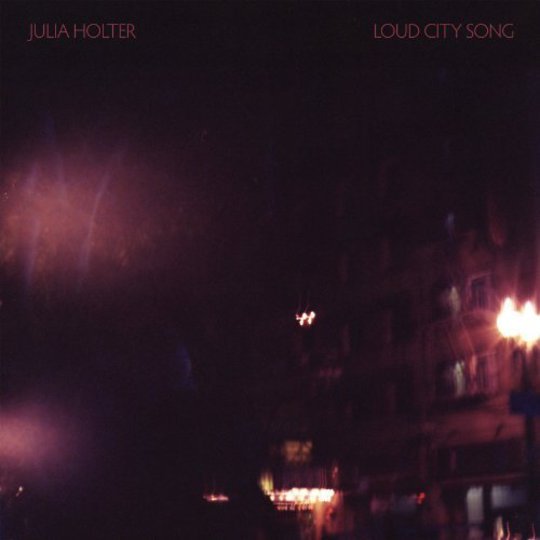 The intricate, layered artballads of Julia Holter’s wondrous second album Ekstasis bought her to a global – albeit selective – audience. And that's not something she's going to toss away as she seizes her moment and piles on the ambition to make her Domino debut with Loud City Song.

A shifting, shimmering, extremely opaque song cycle, the album is a bona fide art project for which Holter reclaimed a bunch of songs she had demoed prior even to the release of her 2011 debut Tragedy. It's also a homage to her hometown of LA, and, more confusingly, a tribute to Colette’s 1944 novella Gigi.

This may all sound unbearably fey and off-putting, but all that counts is the sound, and the sound is sumptuous. Based around woodwind, string, percussion and waltz time, Loud City Song sounds antique and elegant, like music from another age drifting through through a slash in time in drifting golden motes. It is slow and treacly, nocturnal and strange. It speaks of faded grandeur and creaking society balls, solitary late night coffees and chilly winters.

It sounds nothing like how you picture LA today – there's no sun here, or hot, neon-streaked nights. Instead it is an opulent, emphatically pre-rock’n’roll record that provides a window to the LA of Holter’s mind, a work and world where modern elements – a watery synth here, a disco-ey bass there – are subsumed by the music’s strange, slow gravity. It's the LA of Chandler, of The Big Sleep, pre-colour, pre-Disneyland, a loong way pre-Drive. It has an antique majesty, Holter’s girlish warble caressed by the dense, treacly instrumentation.

And it is extraordinary: perhaps the key thing about it is that regardless of any conceptual gubbins (if you ‘get’ the ‘Gigi’ thing properly then you, sir or ma’am, are a try hard) it’s still evocative to the point of immersing you fully into its huge, shadowy world… even if you’re not entirely certain what’s going on in it.

It’s a jaw-dropping accomplishment, one of those records that’s almost pointless to listen to as a series of individual songs – tracks are mini symphonies in themselves, and to break Loud City Song down into tracks would be missing the point. There are hooks – the breathy excitement with which she sings “Into Maxim's we will see them walk/Will they eat a piece of cheese or will they talk?” on the twin pieces ‘Maxim’s I’ and ‘Maxim’s II’ – and for all its strangeness it’s a far from unwelcoming listen.

Still, there are some things I miss from the Ekstasis days. That last record wasn’t exactly groaning with pop songs, but it had its moments – in LCS's gauzy magnificence there’s nothing as heart-wrenchingly moving as ‘Goddess Eyes II’, as gorgeously playful as ‘Marianbad’, as stand-alone potent as ‘This is Ekstasis’; Loud City Song is an all or nothing kind of record. That's not really a criticism; I guess just to say that there's part of me that feels Ekstatis has maybe been a little hard done by in the rush to eap praise on its more progressive successor.

Still, when this is all you're worried about in a record, you know you're onto a winner and there's no point in hoping Holter repeats herself - Loud City Song is her third album is three years, and it's anyone's guess where she's going to go next - the only sensible response is to hold tight for the ride.