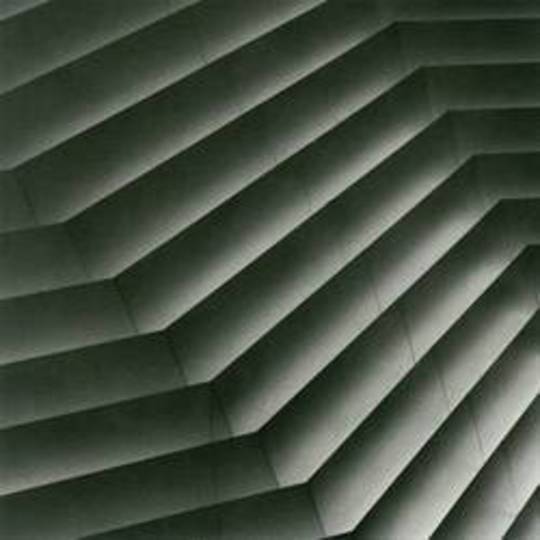 For Chicago based quartet Disappears, time seems to move at a different, altogether more indeterminate pace. Theirs is a sound as unhurried as the greats of experimental rock, as that of Can or Swans or Talk Talk. Yet, for all the seemingly laidback landscape within which their tracks develop, Disappears are also restless. Era, their fourth full-length in as many years, is an ever shifting portrait of a band in constant motion, despite the apparent willingness to embrace repetition and development of texture in their compositions.

If you’ve listened to Disappears before you’ll know roughly what to expect here. The krautrockian interlocking grooves are present and correct, alongside drone-based ambient textures and the Angus Andrew-esque vocals of frontman Brian Case. In fact, that mention of the Liars frontman may be an especially good clue at the direction of Disappears here. Both bands share a lack of care for the fundamentals of songwriting, choosing to place the weight of their focus on the little intricacies in their material, to their eternal credit.

Much like the strongest material Liars have produced over their discography to date, Era makes a success of this approach. The strongest moments here, especially the barnstorming (and ludicrously catchy) title track, are based around simple, but resolutely intriguing, motorik style pulses. On the surface there’s little to write home about, but before you know it Disappears have hooked and reeled you in, such is their propensity for disguising their songs behind walls of experimental textural fervour.

That’s not to say that Era ever espouses the angle of avant-garde rambling over the art of creative and emotive musicality. Disappears are too clever for that. Listening to the brutal opener ‘Girl’, one cannot help but flinch slightly under the physical weight of the quartet’s sound. ‘Elite Typical’, meanwhile, draws out its seven minutes and 52 seconds to the maximum, comprising a claustrophobia-fuelled trip into a tiny darkened cell. Comparatively the sprawling ‘Ultra’, which clocks in at nearly ten minutes in length, feels surprisingly breathy and concise. That’s Disappears playing tricks with you and time again.

Thus we come back to the notion of time. Era is the sort of record you can just sink into. The world outside remains as bleak and harsh as some of the music contained within this record, but it remains indescribably interesting as well. Everything about this album is the same, from the curious cover art to the enthralling dying seconds of the appealingly sinister ‘Deep House’. As a result Era is a work of magic; a record you could lose days or even weeks in, without noticing at all.