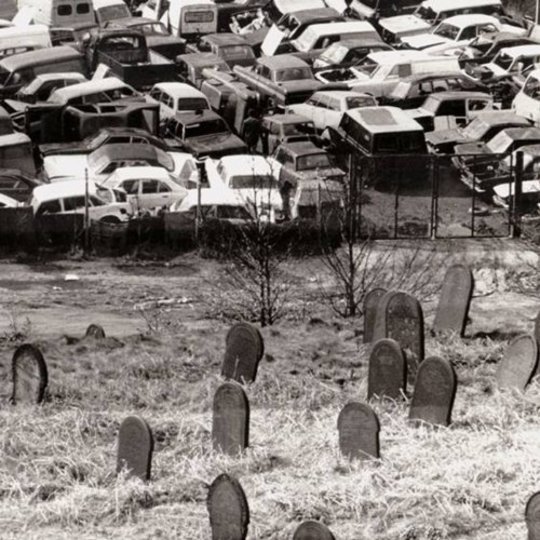 You’ve got to feel for Drenge. A month or so ahead of the release of their first album, Labour MP Tom Watson quit the shadow cabinet and, in his open resignation letter, described them as 'an awesome band'. Overnight Drenge went from being a highly-rated but hardly overhyped new act to being that-band-that-caused-that-MP-to-have-a-midlife-crisis-and-resign, giving every half-arsed music hack (hello!) from here to Hope Valley and beyond a hook on which to hang their review of Drenge, threatening to cast them as some sort of unwitting The Good Suns for eternity.

Thankfully, the two brothers from the village of Castleton in Derbyshire that constitute Drenge show little inclination to capitalise on the unexpected publicity - drummer Rory Loveless said he was 'not totally overjoyed' about it. It’s this refusal to play to the gallery and apparent penchant for deadpanning that characterises ­their self-titled debut.

Comparisons will most commonly be made with The White Stripes, but the way Rory and his younger brother, singer and guitarist Eoin, take the blues rock template defined by the Detroit duo and make it their own reveals them to be alchemists rather than plagiarists. This is demonstrated on ‘Backwaters’ as well as anywhere - the guitar workouts that punctuate it sound like they’ve got Jack White’s calluses all over them, yet it seems more heavily influenced by the demented spirit of defunct (again) psychobillies The Eighties Matchbox B-Line Disaster.

‘I Wanna Break You In Half’ pulls off a similar trick. Based around the refrain of “I wanna do you harm / I wanna break you in half”, it begins with a bluesy riff but quickly accelerates into a frenetic blitz which brings to mind Songs for the Deaf-era Queens Of The Stone Age covering the theme tune to The Benny Hill Show. ‘Face Like A Skull’ dispenses with any Noughties garage rock influence altogether and instead reimagines Nirvana’s cover of 'Love Buzz' as a paean to the double-edged nature of affairs of the heart, which hinges on the comically chilling decree “If you cannot take another night in his arms / Then I may pull the batteries from his fire alarms" .

The Loveless brothers’ way with a one-liner coupled with their dexterity with rock dynamics is what sets them apart from their peers. The juxtaposition of confessing “everybody thinks I’ve got new ideas” with the cocky strut of ‘Dogmeat’ or bitterly spitting “all you want to do is choke on the lies that you’ve been fed” over the arena rock encore of ‘Fuckabout’ shows both a contrariness and a wry sense of humour that British guitar bands sadly seem to have been lacking for some time. Yet despite that Drenge is far from emotionally detached, with the likes of eight-minute epic ‘Let’s Pretend’ and the tongue-in-cheek ‘I Don’t Want To Make Love To You’ betraying a certain sensitivity amidst the sarkiness. An awesome band indeed.