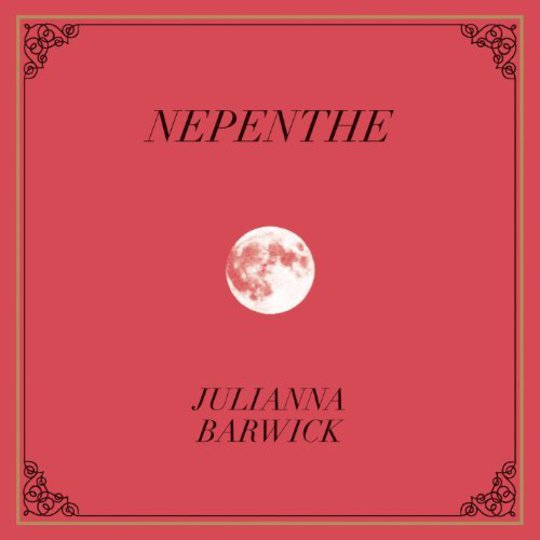 In the morning I listen to the atoms singing. The simple drone, in my ears or brain, composed of incalculable smaller sounds, that isn’t the needling note of tinnitus or the moan of wind in the lift-shaft; just the quiet, efficient buzz of the universe, being. It may be the aural nerve’s equivalent of the lightshow behind my eyes, falling asleep: those concentric galaxies in gold and acid green that ripple out across the burgundy expanse towards the edge of vision, only for another fuzzy halo to be forming at the centre by the time the circle dissolves. These are the things the neurones get up to; the songs and dances they perform, when they’re not updating the news from the outside world, or tuning up for the complex symphony of moving lips and tongue and diaphragm and asking-how-you-slept.

(Beyond the atoms, I can hear the sound of the city. Its traffic-roar that ebbs and flows, rises and falls, like a caged lion with mangy fur, pacing a concrete floor. The atoms keep singing no matter what: same tone; same volume; same pitch. Doing their thing, like ranks of dimwit angels chanting away in a heaven where nothing changes, and there’s only one song.)

So much of the wordless music I like (scratch that: need) seems to re-create the sounds of the morning: the drones that extend like an infinite plain, a salt-flat or ice-sheet from here to the sky; the growls and squirks and flutters of instruments, pretending to be other than what they are, standing for the flora and fauna that is all matter, too, but that rises and falls back into the endless choral voice of everything, in time. This music feels like a shortcut to the actual sounds the world makes when I’m waiting for the other person in bed to wake up, on the mornings I have no regrets pestering me yet, or arguments to re-play and this time I win. This is Nepenthe; I am in here; everything’s good.

That’s the impressionistic, Careless Talk-style review. To be more literal: Julianna Barwick's The Magic Place was one of the leftfield albums of 2011 and seemed to fit with other serene, utopian statements from female artists prioritizing the voice within a part-electronic, part-acoustic soundscape. (See also: Julia Holter’s Ekstasis; Laurel Halo’s Quarantine; Jenny Hval’s Viscera, and behind them all: Laurie Anderson). Barwick’s follow-up, Nepenthe, was always going to be one of the most anticipated of 2013, even before the news that Jonsi and Alex Sommers invited her to record in Iceland, which makes perfect sense given that in retrospect her music feels like a choral re-interpretation of ( ) by Sigur Ros: there’s the slow rise and fall in the volume of choral voices in the course of each song; the emergence of a delicate piano figure at some point; the sequencing of the album to mimic the pattern of each song; the juxtaposition of solo voices with real and artificial choirs; the phrasing of notes to hint at some gnomic phrase, and in a few cases singing variations on a phrase, like Sappho’s fragments that hint at so much more than they literally says. In the case of 'Crystal Lake', there’s "the way I…feel / the way I…" as the entire lyrical content, and on 'One Half', "I guess I was… asleep at night… whilst waiting for…" overlapping with "come around here" and then a third vocal line that teeters on the brink of language and sound. The latter has the longest lyric to date, but it doesn’t dispel the mystery of her songs.

The most critical thing you can say about Nepenthe is that it’s not a huge leap forward (from near-perfection? What did you expect?). It sounds like The Magic Place with Sigur Ros guesting, or with overdubs that amount to signifiers of Sigur Ros-ness. On the other hand, it does sound like Valtari with the addition of that something else that so many disappointed listeners seemed to want. 'Look into Your Mind' nudges the voices slightly lower in the mix, as a rumble of low synth parts and drones rises to the foreground, then subsides, allowing the voices back, like a flock of birds scared away by a tractor. At the centre of the album, 'Pyrrhic' is the best thing Barwick has ever written: the choral voices more urgent, the soloist more mournful at the outset, before the violins and an aching cello enter with a melody that writhes and pushes the voices away. Jonsi’s distinct voice enters, offering consolation, but only after the multiple parts have completed several bars in a strange dance, does the chorus take over and the strings harmonize with the voices, expressing some kind of peace: the nepenthe of the album’s title.

This is the exquisite album we were promised, and perhaps an important one. Don’t mistake its simplicity or repetition of motifs from song to song, for a lazy formula. It’s a bold gesture to reject the basic assumption that listeners need dramatic departures to feel like we’re not being conned; to trust the listener that they can find the subtle variations that make each song sincere. To offer the consolation of dissolving into other voices rather than striving to be heard above the rest. Voices that seem to be saying: we're here; everything's good.