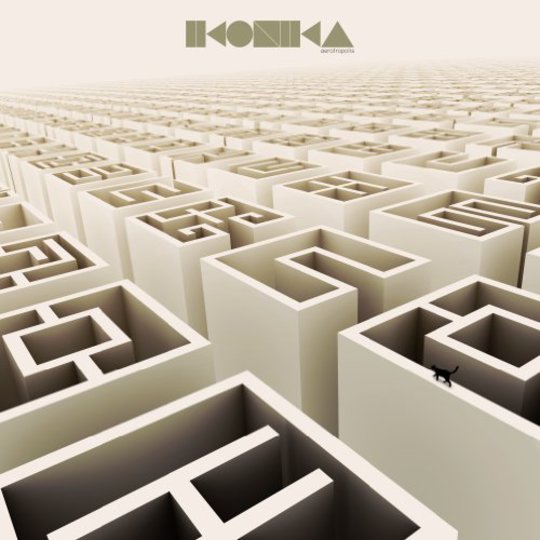 Three years is a long time in electronic music. Back in 2009-2010, dubstep was emerging, sweating, shaking and uncomfortable from just under a decade safely ensconced in its underground basement, into the harsh light of mainstream consciousness. But what might have been missed by the naked ear of the average listener was that 2009-10 represented a turning point for the genre, or more accurately; a refracting point. The divergent trends that had informed the ascendancy of dubstep (garage, grime, UK funky, dub and roots reggae) had coalesced over the previous four years; now they diverged in all directions; a hypercolour explosion. Reading Keysound label head Martin Clark’s (Aka Blackdown) end of year grime/dubstep state of the union address from 2010, it’s hard to avoid the palpable and throat swellingly momentous feeling this might have been the year that ‘dubstep‘ broke, both into the mainstream, and - more importantly - into a glorious explosion of sound and genre that parted in all directions.

It was into this climate that south Londoner Sara Abdel-Hamid aka Ikonika birthed her debut record Contact, Love, Want, Have, a hybrid of half-stepped UK funky and 8-bit videogame bleeps that was just about typical of where Kode 9’s Hyperdub label was heading at the time. Gone were weapons-grade wobbles and awkward, shuffling and lonely snare hits; instead here was a record that twisted and juttered through discarded Eighties detritus, a playfully wonky dancefloor record that was almost impossible to actually dance to.

Fast forward three years, where we’re living in a post big bang universe where Skrillex rules the world and even Britney has dipped her toes into dubstep. The calling cards of Ikonika and her contemporaries are everywhere, scattered to the four winds. Whilst there has been a resurgence of more ‘traditional’ electronic music, with the advent of the newest wave of grim and thumping techno and a slosh of big room house; what happened in 2009-10 set the tone for innovators across the UK. ‘Post-dubstep’, like post-punk before it, might prove to be a better offering than the original as the likes of Joy Orbison, Kowton and even Four Tet pick up the reins. The history lesson is for a good reason: the spirit Abdel Hamid and her contemporaries represented has now been absorbed, which begs the question, what can she do next?

Aerotropolis is her response to this question: and written simply, the answer could most simply be summed up as ‘polish’. Certainly it’s an about-face when compared to the darker, almost technoid shapes she was experimenting with on last year’s I Make Lists EP. Then again, maybe this shouldn’t be such a shock: as anyone who’s seen her DJ will testify, Abdel-Hamid has developed into a something of a master technician, breezing between styles and crosscutting genres with hyperactive intensity, often losing and confusing the crowd in the process. In this sense, Aereotropolis reflects the three years she’s spent sharpening her knives: it is a gorgeous sounding record that never puts a foot wrong, production wise, smooth-stepping from the heat hazed washes of ‘Mise En Place’ through to the darkside Miami Vice beach squiggle of ‘Zen Sizzle’. It’s the otherwise rather scattershot record’s most disarmingly uniform trait: as though the drunken drums and stoned airhorns of her breakthrough ‘Please’ have sobered up and had a haircut.

Abdel-Hamid has revealed that she may have initially gotten a little carried away with buffing the album’s rough edges, and that in doing so she initially disembowelled it of what label head Kode 9 described as ‘the human element’. Certainly that criticism is one that can still be easily levelled: the sheen gives the album a false gloss of normality, and occasionally to its detriment, sterility. But scratch the surface a little and Aerotropolis shimmies and sidesteps in ways that most definitely don’t feel programmed, and indeed is all too human.

Lead single and summer anthem wannabe ‘Keep It Simple (Beach Mode)’ is in some ways testament to this criticism: for a start, it’s definitely possible, and even easy to dance to it. Ikonika’s first foray into vocals, via a very breathy and sunbrushed sounding Jessie Lanza, might seem to be a nod towards the recent house resurgence, but in actuality it’s a well researched exercise in retromania: a vocal track where the synths are front and centre and the drum machines roll, as squashed g-funk arpeggios slash around the mix. Those listening to just about everything Abdel-Hamid has released so far would be fairly hard pressed not to concede that squelching bedroom synth funk has always been a veritable part of the Ikonika arsenal: here it’s just more pronounced than before. Tracks like ‘Eternal Mode’ and ‘Mr Cake’ wouldn’t have sounded out of place on Contact, Love, Want, Have but for their flighty, singing and melodic synth lines.

The longheld influence of video game muzak is similarly widely present: whether in the Sonic the Hedgehog happy hardcore of ‘Lights of Forever’ or the grimy sounding UK funky roller ‘Manchego’ which morphs into a melted megadrive soundtrack. But the album’s strongest track, ‘Megachurch’, takes us further than ever from the classic Ikonika sound, building on the dark foundations laid by I Make Lists. Signalling the arrival of the album’s ‘dark side’ in marked contrast to the breezier first half, it’s an epic, doom-laden battering ram of a track. Blunted church organs spiral skyward as the bass shudders and lurches: the end effect is less Metal Gear Solid soundtrack and more Memphis goth-rap as practised by Spaceghostpurrp or UK nightowl Zomby. Try as they might, the Moroderish crypt skulk of ‘Cryo’ and Jam City-esque sparseness of ‘Backhand Winners’ that follow can’t quite match it for intensity.

This in some ways sums up the problem: there’s very little that’s boring about Aerotropolis, quite the opposite in fact, but there’s also not always enough that jumps out. Certainly the professional-sounding production contributes, but in the end the record doesn’t hang together in the way that the best electronic albums manage to. Part of this is fuelled by Abdel-Hamid’s relentless exploration: Aerotropolis often feels like the sound of someone with just one bottle trying to capture an awful lot of a lightning, not necessarily something that could have seen a release on Hyperdub in times gone by. If nothing else, this technically impressive and beautiful sounding record acts as a reminder of just how far things have come since those halcyon days of 2009-10. And in the end, it’s a very welcome reminder.