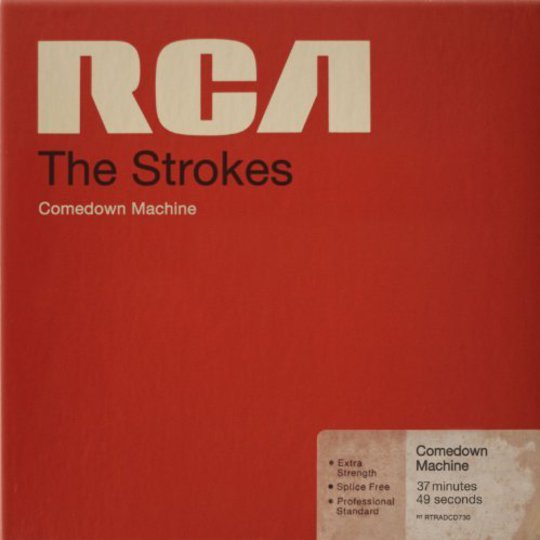 If they made instructional videos for schools about the perils of joining the rock’n’roll circus, The Strokes may have had you believing that being in a band is a joyless fate. On their last and fourth album, 2011’s Angles, you can hear the sound of five grown men’s heels screeching across the floor as they were dragged into the studio by their shrink-wrapped leather jackets. In the five years it took to make the album, they had, so reports go, scrapped most of their original material, ditched the producer and rewritten and produced it themselves. Their unpredictable singer, meanwhile, recorded his vocals separately, when he could be arsed, someplace else. Probably in bed.

It wasn’t that the Angles was a necessarily bad album (though it wasn’t great); it was a case of 'Why bother?' Because if you’re a joyless band putting out joyless records when you couldn’t give a hoot anymore, how can you expect anyone else to either?

But two years since Angles and 15 (15!) since they were playing to five people a night on New York’s toilet circuit, The Strokes have finally got it together. Despite the drink and drug battles, the actress wives and girlfriends, the children with ludicrous names, the ‘experimental’ side projects and communication breakdowns, Julian Casablancas, Albert Hammond, Jr., Nikolai Fraiture, Fabrizio Moretti and Nick Valensi have emerged on the other side. And with a brilliant and wonderfully weird album, Comedown Machine, in tow. Now how’s that for a rock’n’roll cliché?

Still, you won’t find many on Comedown Machine: it’s The Strokes’ poppiest album yet, indulging the 80s synth-pop of Casablancas’s 2009 solo effort and underpinning it with the band’s familiar garage-y rock hallmarks. The result is surprisingly playful, a clutch of tracks that could happily sit on a Kitsuné Maison compilation and still keep pace. Slinky, angular funk-bass number ‘Welcome To Japan’ is much like a sleazy Frenchman trying to hit on you in a neon-lit club, while ‘One Way Trigger’ is A-Ha-by-numbers (and all the better for it). A light-hearted wafer-thin falsetto stretches over the top of its frenetic plinky-plonky ‘Take On Me’ synth line, before it kicks in with a powerslide-worthy air guitar riff. Then there is ‘Partners in Crime’: I defy you not to find fun in its exuberant jingle-jangliness, which could rival Phoenix for perkiness.

Elsewhere, there are both bleak and epic moments. The taut '80s Comedown Machine’ has more than a touch of the dystopian sci-fi about it, a lovely, light piano and strings melody, like something from a Wes Anderson film, crushed by a juddering bassline crunch. By contrast, ‘Chances’ relishes in its fluttery cosmic synths and choral moments to match the bit in the show when the twinkly LED lights are turned on and cover the audience in shimmery dots.

There are old school Strokes pleasers, too. ‘All The Time’, the video of which is a curious montage of all of the band’s best performances, the sort of thing you’d usually only see after a band splits, and break-neck number, ‘50/50’, harnesses their early punkish energy and nonchalant dive bar swagger. I can only hope they stay together long enough for me to drop my lager down myself as the riffs rip across a festival stage.

Very little is known about Comedown Machine, save that it has 10 songs, a faded red cover and that the band wrote and produced it themselves with help from some mystery friend at Electric Lady Studios in New York. They’ve done little to no promotion either, and I’m ready to swallow my words when the stories of studio dramas, week-long coke binges and bitter arguments over snare drums emerges. But, for now, there’s the music: The Strokes will never get back the raw magic of Is This It? but, with Comedown Machine, they’ve cast a different spell entirely – one that’s almost joyful.

Specter At The Feast