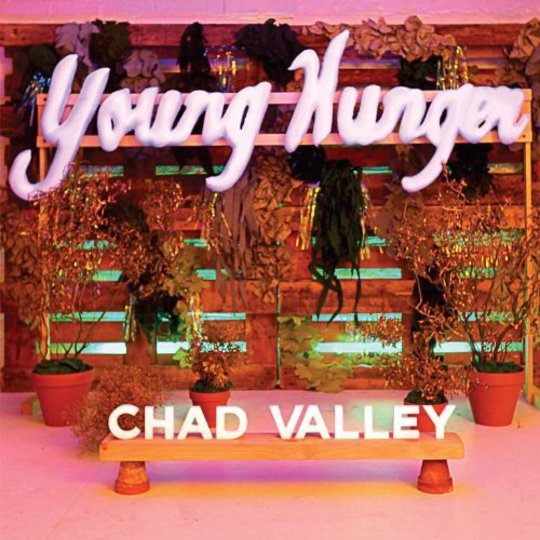 In June of last year I concluded that Chad Valley’s Equatorial Ultravox was “a consistently blissful and thrilling EP that bodes well for any forthcoming album.” So, now that album arrives is that promise fulfilled? Well, not quite. Back in 2011, Chad Valley mainman Hugo Manuel was doing just about enough to distinguish himself in a chillwave/Balearica pop scene that had already passed both its zenith and its saturation point, with the likes of Memory Tapes, Neon Indian and Toro Y Moi the higher denizens of this dreamy hinterland and Washed Out’s Ernest Greene its enigmatic king. A month after Chad Valley’s last EP came the release of Washed Out’s debut long player, Within and Without, wherein Greene eschewed the overt aesthetics of chillwave and hunkered down on the tunes without entirely abandoning the sensual textures and rhythms which made the Life of Leisure EP so alluring in the first place.

In doing so Greene showed that there was life after chillwave for those who had the talent in the first place. At which point I should probably clarify that I’m by no means confining any of the above mentioned acts to the dustbin because of their historical association with a scene upon which the sun is setting. However, having only released EPs up to this point, Hugo Manuel is probably in a stronger position - Young Hunger is his first big statement of intent. Like Within and Without, it’s no overhaul, but Young Hunger has a much more immediate presence, more direct in both a melodic and emotional sense and generally with a lot more 'oomph'. For the most part sun-dappled hues and washes give way to club dayglo without ever quite getting downright lurid, whilst the ebb and flow, build ups and releases are abandoned for more traditional pop structure. An exception is the excellent ‘Fathering Mothering’ which matches exotic percussion and whirling synths with the delicately seductive voice of Norwegian singer Anne Lise Frøkedal.

The boldest move of all concerns the vocals. Never mind that Young Hunger is loaded with guest appearances - Hugo Manuel is clearly trying to establish himself as a frontman proper. His vocals on Equatorial Ultravox’s ‘Reach Lines’ and ‘I Want Your Love’ were effectively just layers within the sound which subsumed them. One second into Young Hunger opener ‘I Owe You This’ his plaintive plea is front and centre; it takes some getting used to at first, but when he’s trading vocal turns with Twin Shadow’s George Lewis Jr, in remarkably similar quivering croons, it sounds just right. The Eighties-focussed musical surroundings also could have come right off Confess, which isn’t a bad thing. The vocals of Totally Enormous Extinct Dinosaurs’ Orlando Higginbottom also converge seamlessly with Manuel’s in a briefly affecting moment on the otherwise unremarkable ‘My Life Is Complete’.

However, while Manuel’s vocals are serviceable enough, the challenge of matching the showy songs in terms of finesse and emotional weight is too often a stumbling block. On the up-tempo, yet relaxed simplicity of ‘Up and Down’ he copes fine; when tackling the flashy and somewhat crass club-pop (complete with auto-tune) of ‘My Girl’ in his lower range he merely bellows earnestly. He’s equally over-emotive when testing his upper range against the squeaky hyperactivity of ‘Tell All Your Friends’ – he has the range but lacks the natural ability to reign his vocals in to any great effect. The same can be said for the melodies and textures. There’s plenty going on and it’s thoroughly pleasant listening at worst, but there’s a lack of focus that means little of it resonates with the listener. For a record that expends so much energy it’s a very passive listen.

It’s ironic that on a record lacking focus the best tracks are those that clearly split the vocal duties between Manuel and his guests. They’re also the songs which do the least to force themselves upon you. ‘Fall 4 U’, featuring Glasser, takes things down to a seductive throb whereas the light beats and warm synth fug of the El Perro Del Mar starring ‘Evening Surrender’ has the sepia tinged feel of early Nineties chart r’n’b. Both songs have the indulgent sensual characteristics that made Chad Valley’s EPs so enjoyable, but they’re also nuanced and focussed, and making subtle steps in new directions. In short what Young Hunger lacks as a whole these two songs have in abundance. For that reason alone we can at least still call Chad Valley 'promising'.