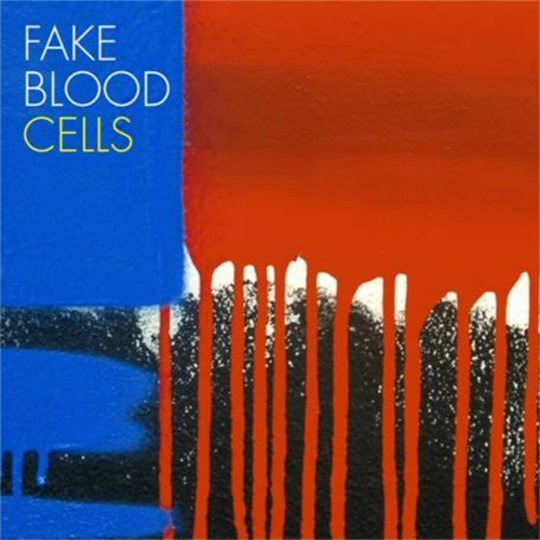 Theo Keating, the once mysterious man behind the Fake Blood alias, has been twisting and mangling beats for almost 20 years now. Across his lengthy back catalogue, from the Wise Guys and the Black Ghosts to his Fake Blood remixes over the last few years, Keating’s certainly demonstrated an ability to change with the times, keeping his music up to date whilst still drawing on the sounds of his past. Cells, his debut album as Fake Blood, is no different.

Four years and four EPs in the making, it’s a hybrid of an album, with techno, house and electro influences all pulsing and throbbing together, united by Cells’ coherency as an album (rather like label mate Vitalic’s OK Cowboy, with its many repeated motifs and call-backs the album resembles an extended mix more than a collection of separate tracks). Undoubtedly, this is intended as an album, to be played uninterrupted and unaltered – a complete change of direction from his previous stand-alone singles and remixes. Beyond their sonic similarities though, the songs are further linked by Keating’s vision, what he’s calling his 'personal manifesto'; a pervading theme of the sinister, the macabre, and the horrific. A concept album then.

The LP’s central tension is the ongoing contrast between the sinister and the unashamedly euphoric. Hands down, the darker tracks are more successful and more interesting. Whilst it kicks off with the propulsive, insidious ear-worm of first single ‘Yes/No’, which verges on the old days of big beat, the album soon descends into the twitchy and edgy – something Keating’s not exactly new to, having created a soundtrack to Italian horror classic Suspiria live earlier this year.

Most effective is ‘London’, a thoroughly unsettling track, with a jumpy sampled moan twitching underneath an angelic descant, backed up by the inevitable, driving four-to-the-floor. With its sinister, splashy keys and trembling violins, it’s vaudeville electroswing, possibly what an xx Halloween single might sound like. Similarly, ‘Phantom Power’ could be an instrumental Weeknd track, all brooding bass and jittery echoes. Best of all is ‘Let It Go’, where Fake Blood really brings out the bass, building a filthy boom of Justician proportions before flashes of minimalist, menacing synths kick in like strobes. The only missed target amidst the darker tracks is ‘Another World’, where Keating aims for a similar tense vibe but, with squawking synths and an almost Eurohouse sound, ends up with something far less coherent, merely jarring rather than unnerving. Regardless, it’s all exceptionally atmospheric and it’s refreshing to hear electro treading the line between euphoric, anthemic house and the edgier, but accessible, end of techno.

It’s something of a relief then, given the success of Fake Blood’s attempts to freak out his listeners, that the album isn’t unrelentingly dark and weird. With ‘All in the Blink’, his evident enthusiasm for house overcomes the mind-bending techno, resulting in a bouncing beat and light, euphoric synths. As the vocals intone “Forget about how, it’s all about now!”, it’s shamelessly upbeat – it could be a lost Miike Snow track. Tucked away in the darker recesses of the album, it’s a welcome change and an effective surprise. Elsewhere, closing track ‘Contact’ is also much warmer than its taught predecessors, but remains undercut by the nasty synths lurking in the background – something of a gentle let-down from the album’s intenser moments, but reminding you of the darkness unleashed.

Cells is coherent, yet not without the odd welcome respite or a few anomalies. Whilst that structure and coherency are perhaps to be expected from such an experienced DJ, especially on an album that was so long in the making, what’s less anticipated is the absolute lack of nostalgia present and the sheer creativity evident on the record. In the midst of the current all-encompassing bass obsession, it’s refreshing to see something new – and even some of dubstep’s trademark darkness as well – brought to electro.