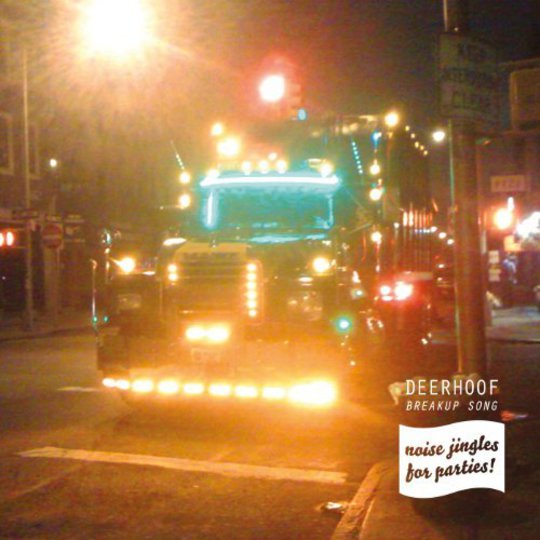 “We've been called a lot of things, as you know. But pop has always marked the spot on the Deerhoof treasure map.”

So says Deerhoof drummer Greg Saunier, though it’s a little hard to believe, considering the band’s past form. Since their beginnings as an out-there San Francisco noise band, ‘pop’ must be the only word that hasn’t been used to describe Deerhoof. Their albums aren’t ones where the singles choose themselves and they certainly don’t contain the sort of songs that would be easy to replicate in an X Factor audition. Can you even imagine what Cowell would make of Tokyo-born Satomi Matsuzaki’s shrill, girlish chirp of a voice? Pete Waterman would struggle to package Deerhoof as a pop group.

Which, obviously, is why they’re so loved. Deerhoof’s records are so unconventional, they deserve gushing reviews for their ambition alone. They’re one of music’s great paradoxes, with each of their songs sounding unmistakably their own, despite the band having established few, if any, defining characteristics in the almost-20 years they’ve been on the go. Deerhoof sound like Deerhoof – there’s no other way of putting it than that.

However, in the context of Deerhoof (it’s impossible to think of them in any other) Breakup Songs is certainly one of their more immediate albums. Which isn’t to say it’s an easy listen – it’s conventional in the minds of those who consider ‘Ice Cream’ by Battles a novelty record, akin to ‘Itsy Bitsy Teeny Weeny Yellow Polka Dot Bikini’. But when we say that ‘There’s That Grin’s 16-bit strut sounds like something Mike Skinner could have turned into a hit, and suggest that ‘To Fly Or Not To Fly’ almost – as in really, really, very nearly, for at least the first 30 seconds – sounds like Pendulum, you’ll understand that this is a different Deerhoof to the one we heard on last year’s itchy, unsure-of-itself Deerhoof vs Evil.

It’s instantly more attention-grabbing, with the playfully abrasive guitar and beats of opener ‘Breakup Songs’ sounding like a piece of industrial machinery made out of Lego. Its textural simplicity is offset by swerving tempo changes, so while you can call it ‘accessible’ all you want, it’s only accessible by Deerhoof standards.

The band come closer to chart-bothering later on in Breakup Song. The rumba rhythms in the verses of ‘The Trouble With Candyhands’ could make it onto an advert for continental lager, while its chorus has a cheerfully light jazz chord pattern over which Matsuzaki glides through her refrain, “Then you bring me flowers”. If this was split up into two songs, and neither of them was called ‘The Trouble With Candyhands’, you’d almost be tempted to tip one of them for a single release. But no, even at their poppiest, Deerhoof are intransigently odd.

And frankly, that’s absolutely fine, because there’s so much fun to be had with Breakup Song, it doesn’t matter a bit that Deerhoof aren’t the pop group they claim to be. The jerking garage rock of ‘We Do Parties’ is far better than any guitar band you might find in the top ten these days, painting pictures of awkward teenagers doing the robot at indie discos. The growling bass and cyberspace-age synths of ‘Zero Seconds Pause’ meanwhile make for a fantastic juxtaposition, the track itself sounding like two different pieces of music being played simultaneously, the fact that they seem to work together a mere coincidence. Likewise, ‘Bad Kids To The Front’s squeaky ping-ponging keyboard patterns won’t win it an Ivor Novello award, but they’re easily as hyper-stimulating as ‘Fête d'Adieu’s rough-and-smooth guitars are gracefully, gorgeously unglamorous.

Needless to say, Breakup Song is as original and uncompromising as anything else Deerhoof have done. It’s a little bit catchier than usual in places, but it’s not going to be a top 40 smash and it certainly ain’t what you’d call pop music. It’s simply another great album by an indescribably great band. If only actual pop music was always as interesting as this.