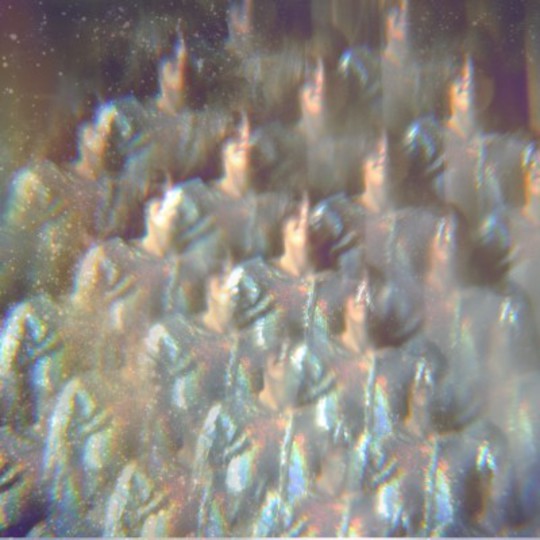 It's difficult to know where to start with Stealing Sheep. Already lazily described as 'the English Warpaint' - well, they are an all-female band and merge numerous genres together after all - only a fool would pigeonhole a act whose middle name could easily be christened 'diversity', were it not for the fact those three words ('Stealing', 'Diversity', 'Sheep') probably wouldn't work very well in the same sentence.

Having formed three years ago at Liverpool's Institute of Performing Arts, the eclectic trio have already bewildered and confounded many an audience with their enthralling live show. Partly they're devoted to the new breed of folk that's emerged from the underground music scene in recent years, yet they're also hugely indebted to the initial wave of psychedelia, that spawned the likes of Pink Floyd, Jefferson Airplane and The Doors. Indeed what makes Stealing Sheep so appealing is the timeless nature of their music. Listen intently and it's clear these songs could have been written at any point in the past 45 years. By fusing simple melodies with sugary harmonies while veering off the beaten track several times along the way, Stealing Sheep had already created their own niche long before Into The Diamond Sun, their debut long player, had seen the light of day.

The potential was already there with last year's eight-song EP Noah & The Paper Moon. Although largely a low-budget collection of outtakes and demos, it caused enough of a stir to persuade legendary independent Heavenly Records to invest more time and money into their latest proteges, and for the most part, that faith has paid off.

Recorded at Mello Studios in the band's adopted hometown with Dog Show's Sam Crombie on production duties, Into The Diamond Sun is a mostly stripped down affair that relies little on control room wizardry. Instead there's a sort of kinetic magic when the three multi-instramentalist band members - Rebecca Hawley, Lucy Mercer and Emily Lansley - enter a room together. Lead single 'Shut Eye' may well be familiar to viewers of Channel 4's Hollyoaks, having been used as the theme tune for its spring advertising campaign. Simply executed yet forceful all the same, Hawley's cutting refrain that its subject would be "Better off dead" not even telling half the story. Forget the Warpaint comparisons, this is the sound of The Coral's younger, more elegant female siblings scaring the neighbours after dark. In a parallel universe anyway.

By this point we've already jumped past one of the record's most striking moments. Opener and live favourite 'The Garden' captures their vision of classic folk played through a psychedelic time machine to perfection. Meanwhile, the slightly more laidback 'Rearrange' and incessant nursery-rhyme structured 'White Lies' respectively recall a young Trish Keenan or Sandy Denny. Current single 'Genevieve' aims for the kitsch-pop jugular, mixing couplets like "Look to the sun you'll come undone" and "In my world, you'll unfold" with a delightfully playful tune similar to something Roy Budd would conjure up in his heyday.

Sure, there are times when Into The Diamond Sun hits a lull, most notably around the midpoint. 'Circles', 'Gold' and 'Shark Song' meander nonchalantly into one another although 'Tangled Up In Stars', which references Sandie Shaw ("Like a puppet on a string"), sets the record back on track in spectacular fashion. It's when Stealing Sheep are at their most unpredictable though that their creative instincts come to the fore. Album closer 'Bear Tracks' may be something of an anomaly when set aside the rest of Into The Diamond Sun, but its epic feel combining three songs into one that falls just 17 seconds short of ten minutes brings the record to a devastating climax. Free flowing harmonies? Check. Deftly executed melodies? Check. A four-minute piano concerto as its coda? Whoaaaa, where did that come from? Exactly, but its experimental eccentricities like this that make Stealing Sheep such an exciting proposition, and one that will become even more accomplished over time.

And that's where the likes of us critics should come in, to give them time to develop rather than label them as the next who or whatever before dismissing them vapidly. We have been warned.