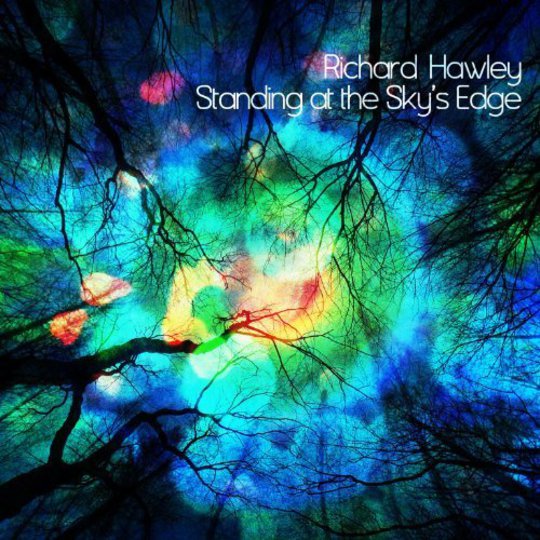 If you’ve read anything in advance about Richard Hawley’s new record, you might have heard it described as his ‘darker’ album, or his ‘guitar’ album. Given that his last one, 2009’s Truelove’s Gutter, was as brooding a set of songs as Hawley had ever been involved in, and that he’s rarely seen without a guitar in his hand, these might seem like some disingenuous suggestions. Just how dark and heavy could the gentle baritone of Sheffield’s finest get?

One listen to the opening track on Standing At The Sky’s Edge will underline just how different this album is. Rolling in on a wave of feedback and ominous drums, ‘She Brings The Sunlight’ sounds like the work of a different act entirely. Initially, it brings to mind the self-consciously epic acts of the late Nineties, as the fag-end of Britpop produced records stuffed with guitars piled on top of each other.

Thankfully, that slightly distasteful ring soon fades, to be replaced by a much more detailed, layered sound, aided by the natural softness in Hawley’s vocals. Yes, it’s a heavy, psychedelic sound, with almost every track given a rough, amped-up feel, but the voice in the middle of it all adds welcome weight and sensitivity, a guiding light for the more flighty sonics that surround it. Much like how fellow Yorkshiremen Arctic Monkeys have wrapped their heavy, motorik rock around Alex Turner’s languid vocals, the dark bombast here cloaks some gentle, almost-classic sounding melodies.

The light that these melodies bring in the chorus of ‘She Brings The Sunlight’ or the enchanting coda of ‘Leave Your Body Behind You’, forged in Hawley’s distinct past as a fan of rock and roll’s origins, are an essential part of Standing At The Sky’s Edge. Because while the angry, expressive guitar solos and the primal, raga-like basslines offer impressive muscle, it’s those gentler moments that stick in the mind.

It’s telling that the stand out track here is ‘Seek It’, the mid point of the record and the first time you’re really allowed to draw breath. "I had a dream and you were in it/We got naked, can’t remember what happened next/It was weird" might not sound that great when it’s put down on the page, but crooned by Hawley over a deceptively simple backing, it’s an intriguing introduction to a genuinely lovely, hypnotic moment.

That’s not to suggest that the rest of the album doesn’t stand up to this. It’s more of an indicator that, although it might be labelled as a ‘heavy’ record, Standing At The Sky’s Edge is much more textured and layered than such a description suggests. Lyrically, there is a lot of anger and frustration, with Hawley using his skill at portrait painting to capture some wider anxieties. The title track might initially be a tale of three particularly despondent characters from Hawley’s Sheffield home, but it could relate to anyone pushed to the fringes of their particular world. ‘The Wood Colliers Grave’ might seem like just a dark folk tale in isolation, but here, appearing just before the burst of urgent, insistent anger that is ‘Leave Your Body Behind You’, it raises questions about the idea of community, of society, and how it’s being chipped away around us in 2012.

So, more than it being a ‘heavy’ or a ‘guitar’ album, Standing At The Sky’s Edge is perhaps best surmised as being a political record. Not in a obvious, tub-thumping way, but in a similar way to another of this year’s finest so far, Field Music’s Plumb, using the personal to address the political. Or, going back to the late Nineties, Pulp’s This Is Hardcore, which was created whilst Hawley was a member. However you choose to describe it, or whatever your preconceptions of Hawley and his music, this is definitely an album you should bend a considered ear towards.