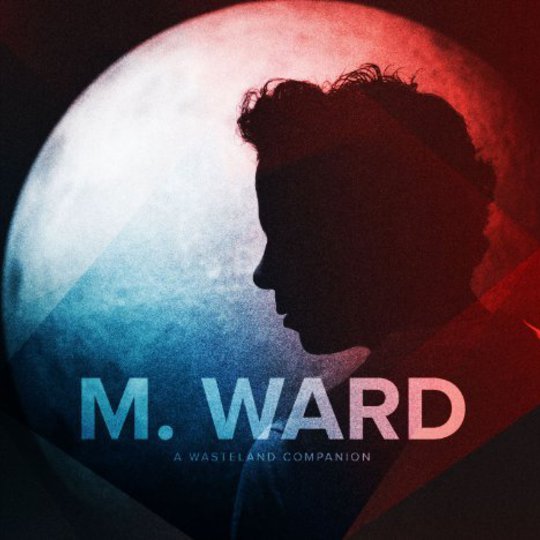 It’s a rare occasion where a man’s solo career is outshone by his side-projects but that’s what happens when you hook up with the likes of Zooey Deschanel and Conor Oberst. As the ‘Him’ in She & Him and one of the four Monsters Of Folk, M. Ward has contributed to some fine records in recent years and reaped a lesser share of the credit than he surely deserved. If A Wasteland Companion is the Portland-born troubadour’s attempt to scream “I’m still here” at the top of his trademark husky growl, then its rustic concoction of folk and country isn’t going to turn heads en masse.

Like all Ward’s best records, his eighth solo album plays like an intimate knees up. You’ll swoon. You’ll smile. You’ll spin it over and over again.

Rather than reinventing the adorkable wheel, which our curly haired hero so nearly perfected with The New Girl, A Wasteland Companion is an apt refinement of that cheery rush. You get the sense that in the years since Hold Time, Ward has gotten used to writing winsome singalongs and he’s not ready to give them up yet. ‘Primitive Girl’ does feature the unmistakable coos of Miss Deschanel but its bittersweet defeatism and unrequited piano lilt feel perfectly at home amongst the bashful restraint of ‘Pure Joy’ and ‘Crawl After You’. Likewise the old fashioned flutters of first love in ‘Sweetheart’ and ‘I Get Ideas’, provide a perfect foil to some standout acoustic moments.

For all the fanfare paid to this record’s 18 contributing musicians, it never manages to top ‘Clean Slate’. A sumptuous stripped back tale of unrequited affection propped up by Ward’s crooked voice and some waifer-thin strumming. It’s so delicately assembled you’ll be transfixed time and time again in the hope it doesn’t collapse in a wail of self-pity. ‘The First Time I Ran Away’ is just gorgeous too, a beguiling tale of innocence and nostalgia “by the waterfall” which tugs at all the right sentiment without making a big fuss of things.

Longtime fans of Ward will know of his affection for old time notions of romance and classic blues. In the past, his quest to capture that essence of simplicity has produced some dud results. The rockabilly swing of ‘I Get Ideas’ could have come off as contrived, the sound of a singer creating a personality from a long departed past that never existed in the first place. On the contrary, A Wasteland Companion is the work of a man who’s learnt to create more mystique by giving away little fragments of himself through the filter of an idealised story. If you listen hard enough, maybe you’ll be able to be tell the difference between the two. Whatever the case, you really should listen.