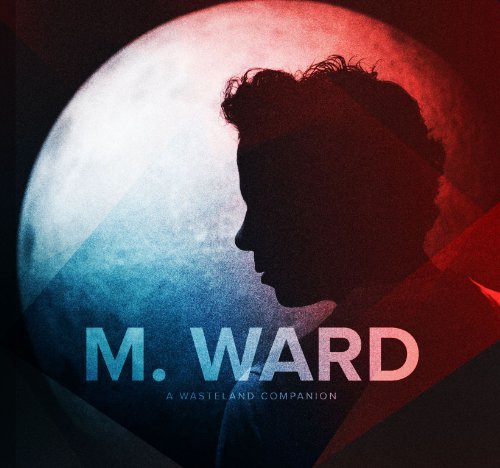 Like all M Ward’s best records, his eighth solo album plays like an intimate knees up. You’ll swoon. You’ll smile. You’ll give it a spin over and over again.»

m ward releases his sixth solo album, 'a wasteland companion' via bella union. the album, consisting of 12 tracks, was made with 18 musicians and recorded in eight different studios in portland, omaha, new york city, los angeles, austin and bristol (uk). 'a wasteland companion' features the talents of m ward (piano, guitars, voice, production), mike coykendall (percussion, bass), giant sand's howe gelb (piano), john parish (percussion, marimba), bright eyes' mike mogis (organ), susan sanchez (vocals), she and him's zooey deschanel (vocals), jordan hudson (percussion), adam selzer (bass), nathan 'jr' andersen (piano), scott mcpherson (percussion), sonic youth's steve shelley (percussion), dr dog's tobey leaman (bass), devotchka's tom hagerman (strings), oakely hall's rachel cox (vocals), amanda lawrence (violin), john graboff (pedal steel) and tyler tornfelt (bass). the recording utilized eight engineers, including tom schick (rufus wainwright) and john parish (pj harvey). inspired by his increasingly itinerant lifestyle ward set forth to create something of a musical travelogue. he explains, "between now and when i made hold time there has been a lot of traveling which requires a lot of reckoning with what to leave behind and what to carry - material and otherwise - and thinking about what i want versus what i need, creatively and otherwise. i wanted to get a reflection of that on the album. it was a process of stripping away my security blanket, which is the same four walls i always record in."
description from www.roughtrade.com