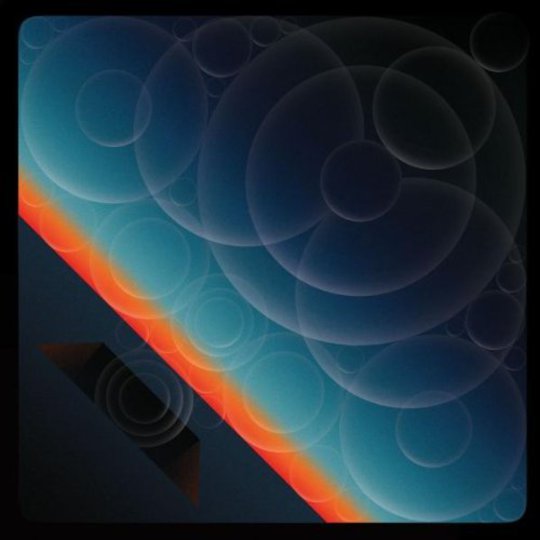 With all the hubbub surrounding the announcement back in January that afro-punks (afro as in follicles rather than Fela Kuti) At The Drive-In are to reform following ten-odd years of sniping between Cedric Bixler-Zavala, Omar Rodríguez-López and The Other Three, it’s easy to forget it’s coming up to three years since the last album from The Mars Volta.

It marks something of a hiatus for dynamic duo Bixler-Zavala and Rodríguez-López’s unashamed prog juggernaut, which had previously racked up five studio albums in seven years (two more than At The Drive-In managed in eight years), in the process becoming the new millennium's multi-headed, revolving door, Ouija board-inspired, incomprehensible song naming, 13-minute latino jazz opus producing monster of choice.

However, any of their hardcore following who are anxious this may signal that Cedric and Omar are ready to divert their not inconsiderable energies and inspiration back to their former band should rest easy. In a typically contrary move, At The Drive-In appear to be reforming for nothing more than the filthy lucre - the exact opposite of what would have been expected from two men who are so wedded to their own agenda that they originally split up a band at the peak of its critical and commercial powers because they had become disillusioned with both their music and fans.

Rodriguez-López himself has confirmed that there will be no new recordings from the reunion, referring to it as 'an old T-shirt that doesn't fit me anymore, but when you put it on again, it feels nice'. However, given his and Bixler-Zavala’s stubborn refusal to conform to anything but their own ends, only the naive would take him at his word - after all, the break-up was originally referred to as an 'indefinite hiatus' by the former as they looked to rediscover their passion for music, only for the first Mars Volta demos to emerge in the same year.

All of which brings us neatly to Noctourniquet, the release of which has almost gone under the radar given all the aforementioned hubbub. The Mars Volta’s sixth studio album continues in the same vein as 2009’s Octahedron in being a more concise, accessible, even conventional record in comparison to their challenging - some may say purposefully obtuse - previous releases, the apogee of which was 2006’s Amputechture. That album featured no less than three ten-minute-plus tracks and is apparently now referred to by the band as their 'autistic child' due to the reception it received

Noctourniquet is highly unlikely to be regarded in the same way. In fact there is a chance that this time The Mars Volta faithful may find themselves alienated by the band's continued experimentation with previously alien concepts such as ‘melody’ and ‘choruses’. ‘Molochwalker’ is a prime example - it’s as close to as a balls-out, in-your-face headbanger as the now quintet have ever come, sounding something like early Led Zep being fed through The Mars Volta mincer. The preceding ‘Imago’ (the last stage of development of an insect, nature fans) could actually be described as a ballad, Bixler-Zavala crooning "These limbs are out of reaches / Extensions of a spirit that is not controlled".

This is not to say that the monster has lost its menace, it just sets about being menacing in a different way. ‘The Malkin Jewel’ sees t’Volta trying out vaudeville funk for size, discordant guitar strutting about like a drunk mechanical chicken while Cedric hollers about ”rats in the cellar full of vermin and steps”. Only this band would make it the first single from a new album. ‘Zed and Two Naughts’ demonstrates The Mars Volta’s enduring ability to scale bombast to heights that would make Matt Bellamy blanch, and the opening ‘The Whip Hand’ sees them subtly introduce a new string to their bow, with shards of synth and glitchy beats making up its chaotic chorus.

Noctourniquet is far from perfect: the likes of ‘Lapochka’ and the title track don’t stand up to the lesser cuts from Octahedron, while its adventures into electronica are sometimes ill-fated (we’re looking at you ‘Trinkets Pale of Moon’). However, the way it continues to go to the extreme within more conventional confines seems to have extracted both more emotional engagement as well as energy from The Mars Volta. It’s plenty evidence enough to suggest we’ll be waiting patiently for the birth of their next child long after the reunion cheques have been cashed.