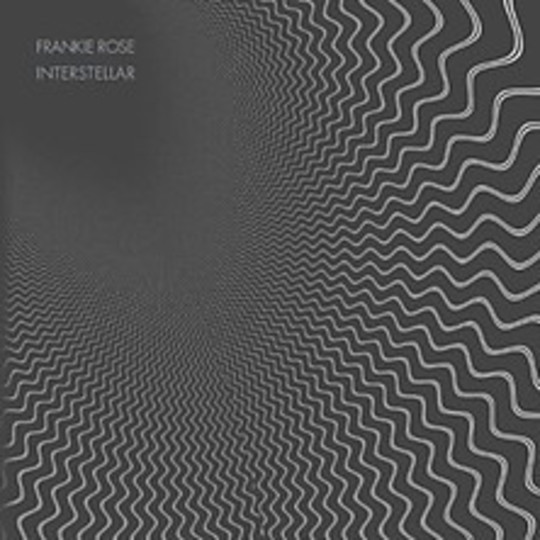 The unbridled progression of Frankie Rose from every Brooklyn lo-fi band's favourite session drummer to reputable singer/songwriter continues at a relentless pace. Having first come to the attention of UK audiences behind the kit as a touring member of Crystal Stilts, subsequent spells keeping time with the Vivian Girls and Dum Dum Girls almost pre-empted a guessing game of 'where will she turn up next?' The answer, of course, would be fronting her own band. While the majority of 2010's self-titled long player Frankie Rose And The Outs seemed to confirm that her latest guise was little more than a continuation of her former ones only with a different singer, one or two songs hinted that a sea change may be just around the corner.

Having consigned The Outs to the proverbial back burner for the time being, Interstellar signifies a marked departure from her previous work. Now simply going under the moniker of Frankie Rose, gone is the low budget production and nods to the girl groups of both Phil Spector and the C86 movement. Instead, there's a lavish sheen to much of Interstellar, the only throwback to days of old being Rose's unmistakably dry monotone vocal.

The contribution of renowned electro producer Le Chev - whose previous credits include the likes of Lemonade and Passion Pit - shouldn't be underestimated. Having remixed 'Candy' off Frankie Rose And The Outs a couple of years ago, he's managed to perform a total transformation of Interstellar's creator, from black clad lo-fi punk into bonafide Eighties worshipping pop princess. While unlikely to find Kylie peering back over her shoulder just yet, it's fair to say Frankie Rose has exceeded many expectations.

Take the title track for instance, its cinematic intro rivalling Lana Del Rey's 'Radio' for dramatic entrances. As she coos "I'm moving to the interstellar highway with you" over an ambient soundscape pitched somewhere between New Gold Dream and Loveless, there's a casual nod to Victoria Legrand and Beach House in there somewhere. Lead single 'Know Me' follows Chairlift's lead in settling for a grandiose production that wouldn't have sounded out of place a quarter of a century ago. Meanwhile 'Daylight Sky' pits the foppish sophistication of Duran Duran against the northern grit of New Order, in spirit at least, Sumner and co. edging their way to victory courtesy of a driving synth riff straight of the Power, Corruption & Lies songbook.

Devotees of Rose's past life needn't be despondent, though. Both 'Gospel/Grace' and 'Night Swim' hark back to the jangly indiepop of the Dum Dum Girls, the former providing a pleasant respite in contrast to the latter's surging two-and-a-half minutes adrenalin rush. Interstellar peaks when Miss Rose is at her most reflective as on penultimate charmer 'Moon In My Mind', while bass heavy mid-point 'Had We Had It' could be a long distance relative of Monsoon's long forgotten eastern-tinged smash from 1982, 'Ever So Lonely'.

Although not quite out of this world as its title suggests, Interstellar represents a haughty development in Frankie Rose's artistic capabilities. The next chapter should be most intriguing.