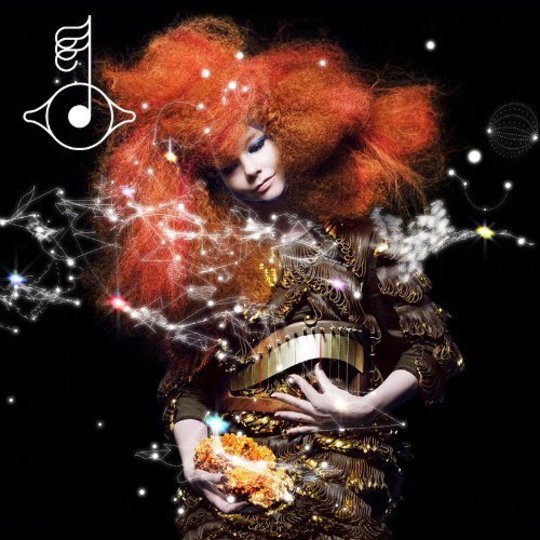 Pioneering, certainly. Innovative, interesting, groundbreaking and visionary - sure, the Biophilia project is all of these. But the headlines and screengrabs, the comment-board rantings and the interviews in Wired magazine - all these things add up to one quite sad thing: that Björk’s seventh album risks being remembered more for its multimedia than for its songs.

And let’s be clear: this would be wrong. There’s much to be said about the merits of artists broaching extramusical territory, but in the two months since the first elements of the Biophilia app were launched one thing has become very apparent: animated realms on iPhone screens are no way to consume music this ambitious.

Of course, Bjork’s music has never been something to merely consume, like motorway service-station compilation albums or the stuff that seeps into changing rooms at Gap. Quite the reverse: her music consumes us, and the interactivity of the apps disrupted this, gets in the way, dragging our attention onto polygonal tunnels and games that, however well-designed, aren’t really that much fun.

And if these songs need anything, it’s our full attention. Right from the off the album wrongfoots us, opener 'Moon' a lullaby backed by a gently cascading harp, a whisper where perhaps we expect a shout. Evoking the understated somnambulance of Vespertine, it’s a quietly beautiful if uncharacteristically low-key beginning, with little of the drama and experiment that the marketing might have prepared us for.

That comes next. Like its subject matter, 'Thunderbolt' is brooding and unpredictable, veering from an organ’s portent to strafing electronica, the rhythms beneath refusing to settle. It’s here that Biophilia’s character asserts itself, as quiet grandeur laced with menace, at once sparse yet almost airlessly intense.

For many the entry point will be 'Crystalline', both the album’s most familiar track and its most accessible. But behind the chorus loops and the production sheen this is still a profoundly strange song, its gameleste melodies sharp and slightly stressful, like a fever-dream rendering of the American Beauty soundtrack. Four minutes in the pressure-valve breaks, Squarepusher beats clearing the air like an electrical storm: violent and abrupt, it’s a powerful release, and a reminder that few artists possess Bjork’s knack for dancefloor brutality.

From here Biophilia turns inward, through 'Cosmogony’s eccentric creation theories to 'Dark Matter’s cold desolation, recalling Volta’s brass and Medulla’s alienation respectively. But it’s 'Hollow' that presents the greatest challenge: punctuated by Norman Bates stabs, its structure is ungraspable, the tempo shifting as though tracing some unseen action. If anything it most resembles Bjork’s soundtracks, the theatrics of Selmasongs or the masochistic esotericism of her work with Matthew Barney, jarring and claustrophobic.

But then nothing here is an easy listen: lyrically and musically this treads dark themes throughout, and there’s no hint of the carnival of earlier work to leaven the mood. Yet whilst Volta was marred by garish excess Biophilia is tightly coiled, pared down and poised with assurance and control.

It lets go just twice, first with 'Crystalline’s abrasive close and then on the penultimate 'Mutual Core', the cataclysm that the whole album builds inexorably towards. Beneath organ grinds and vocal lines on tectonic plates the energy mounts, bubbling and scraping and finally erupting into caustic bursts of electrical rage, thrilling and cathartic and over far, far too soon.

But the peaks aren’t the point. Biophilia carves out brave new territory for an artist who’s been colonising the fringes of music all her career, fragile and demanding, at times uncomfortable but always fascinating. Whatever happens with the technology and wherever the arguments over music, art and commerce drag themselves to next, it’s these songs that are the triumph here.