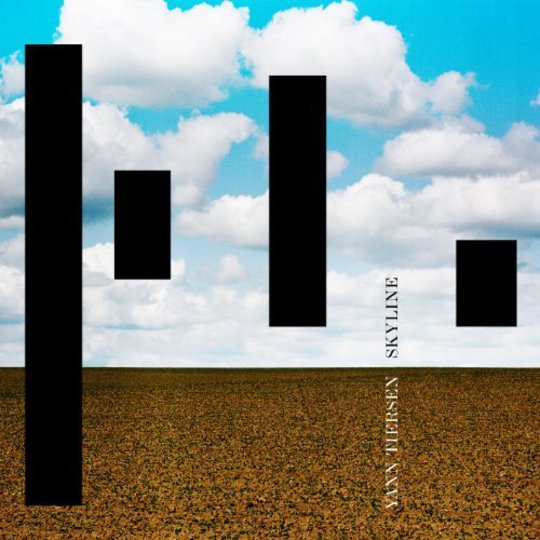 Short-sighted, unfair and ignorant: music fans in the western world are a fickle bunch, but it would be crass to tar them all with the same brush. However when it comes to the music of Yann Tiersen these are appropriate adjectives for the majority of us who are familiar with him simply as The Guy Who Did The Soundtrack To Amelie (I can claim innocence in this respect, having discovered him when studying Goodbye Lenin, which he also contributed the soundtrack to). With a further two scores, numerous collaborations and contributions, not to mention six studio albums to his name, it is doing Tiersen an injustice to remember him solely for aiding numerous indie kid crushes a full decade ago.

Skyline is not, according to Tiersen a departure from his previous style, influenced and recorded in the same way he has always made music; however this statement does appear to be slightly disingenuous. Whilst his early work tended to prominently feature a lot of pianos, organs and strings, now only the latter remains at the forefront of his music. Instead, more traditional rock instrumentation is given centre stage – admittedly a natural-sounding progression from previous album Dust Lane – with electric and acoustic guitars featuring heavily alongside a deep, swelling whirlpool of synths. The sound remains distinctly European, but whereas once Tiersen’s work was reminiscent of traditional French music, here it is imbued with the rei of the likes of Kraftwerk and Tangerine Dream.

Particularly impressive about Skyline is the way the album is varied and yet cohesive. There is a definite and deliberate effort to juxtapose louder, more dense songs such as highlight ‘The Gutter’ or opener ‘Another Shore’ with quieter, acoustic guitar-led tracks. Often such contrasts can lead to a sprawling and diverse album, which can be good (Tom Waits’ Rain Dogs, The Stones’ Exile on Main St.) or bad (Radiohead’s Hail to the Thief, Pink Floyd’s The Wall), however here Tiersen avoids such a potential pitfall by uniting the songs with a common underlying atmosphere of dark euphoria. There’s more than a hint of Sigur Rós here, and talk on shoegazy single ‘Monuments’ of “floating in space” echoes Spiritualized’s 1997 masterpiece.

Only once on Skyline does Tiersen take a misstep, when on ‘Exit 25 Block 20’ we hear a guttural bark, yapping away in the background of a shimmering acoustic piece. Whilst you can admire the intent on experimentation and willingness to embrace difficult sounds, the coarseness of the vocals is so at odds with the glittering music, sounding like fireworks doing a ballet over a lake, that they sound like an intrusive counterpoint where none was needed.

Not so much a natural progression as a foray into new fields, Skyline is a wonderful album brought about by a sense of restlessness and curiosity: the same that saw Bowie head for Berlin, or Woody Allen to Europe in the decade just gone by. It remains to be seen whether Tiersen will be able to find crossover success again ten years on from Amelie, but on the basis of this album, he certainly deserves to.