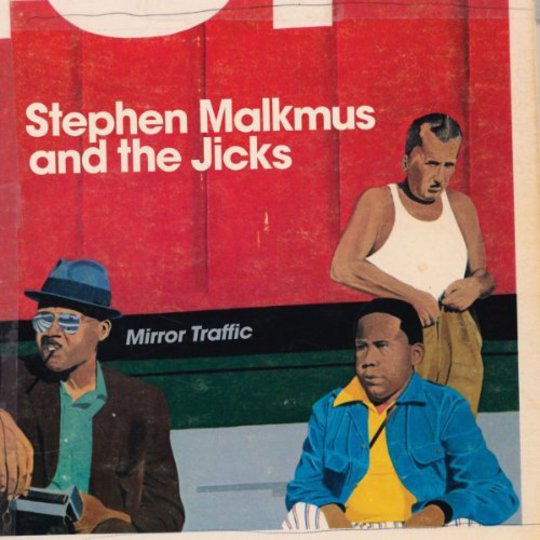 Though there were some doubters, last year’s Pavement tour was a largely fondly received reunion, inspiring even those who might normally yell “SELL-OUTS” and “INSINCERE MONEY MAKING EXERCISE” to momentarily abandon their cynicism in order to dust off their fried eggs t-shirts and join the ride. Perhaps the saturation of reunion tours has become so great that nobody bats a sceptical eyelid anymore. More likely, however, is that music fans hold Pavement in a uniquely affectionate regard. Even that notorious Oscar the Grouch of rock, Mark E. Smith, who used to bemoan Pavement’s supposedly heavy debt to The Fall, gave them a nod by actually turning up to the Pavement curated ATP, performing a calculated rendition of ‘Reformation!’ and occasionally slurring the words “two states”. It may have been a backhanded nod but it was a nod nonetheless.

Stephen Malkmus has since quashed calls for future Pavement activity (though we can shamefully hope that gambling enthusiast Bob Nastanovich might need bailing out of debt again in a few years’ time - go on Bob, have a flutter), and the reception that their reformation received means that there is now a lot riding on this new Jicks record. It is the most pressure Malkmus has been under since the first time he disbanded Pavement to work on his own material. Maybe this has helped, because he has risen to the challenge and created one of his strongest Jicks collections yet.

Musically, ‘Senator’ does have a vaguely Pavement-y vibe, on account of its slightly shambolic rockiness. Other tracks do too, partly because on this record the Jicks have dropped the extended guitar solos, and replaced the silly keyboard sounds and electronic cheese-bleep novelties that were particularly prevalent on Face the Truth with much subtler and warmer organ noises. The questionably-titled ‘Spazz’ (is that okay? I’m not sure that’s okay) is a frantic rocker with a slower mid-section and entertainingly deep-sung “Aahs”. While ‘Tune Grief’ is essentially a raucous punk number.

Perhaps the most successful tracks here, however, are the numerous mellower ones such as ‘Long Hard Book’ with its Neil Young-inspired harmonies and pedal-steel accompaniment, or ‘No One (Is As I Are Be)’ with its folksy acoustic guitar picking and gorgeously snug brass backing.

Another stand-out ditty is ‘Forever 28’, an addition to the list of pop songs, like ‘Help!’, ‘Born in the USA’ or even ‘Baby One More Time’ in which the cheery, upbeat composition initially masks the darker content of the lyrics. Beneath jaunty, bouncy verses, emerge themes like “No one is your perfect fit/ I do not believe in that shit/ Don’t you know that every bubble bursts/ Kill me”. SM’s mental state sounds cheerier elsewhere and he’s no stranger to irony, so hopefully we needn’t be worried.

At 15 tracks, Mirror Traffic does contain some filler (or 'growers' if you want to be optimistic). ‘Jumblegloss’ is a short but arguably unnecessary instrumental. ‘All Over Gently’ is twee and includes further silly “pie” lyrics (this time rhymed with “goodbye” - Enough with the pies now Stephen!)

Nevertheless, this is a fruitful and distinctive addition to Malkmus’ oeuvre, not least thanks to Beck who also produced Thurston Moore’s latest outing with a similarly sensitive finesse. At this rate Beck could soon be giving Steve Albini a run for their money in the stake for best indie rock producer. How delightfully unexpected.