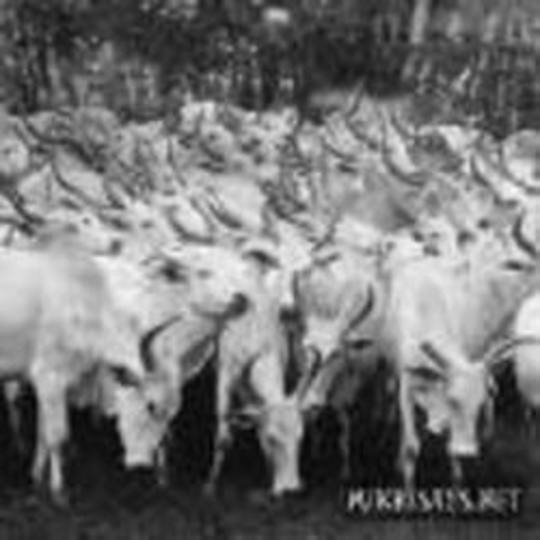 Miles Whittaker, pioneer of witch house since long before the term became a google trend, has just released a 12-inch under his own name after nearly 15 years of recording. It’s about time: having previously used aliases/partnerships when attempting a change in (dub techno: Pendle Coven; deep techno: MLZ; deep-in-shit techno: Demdike Stare), it seems he’s finally assembled everything he wants for his first EP as just Miles. Newcomers should be warned, though, that it’s not an easy fusion - it’s no coincidence that the Facets’ artwork mimics the bovine jacket of Matthew Stokoe’s Cows. For anyone who hasn’t read that book, it’s an operating table of a story, merging beef slaughter techniques, voices in the sewer and a man whose mum cooks him lamb’s vomit. Whittaker’s new set isn’t quite that gruesome, but it does do a good job of sewing his ideas together, taking indistinct nightmares and vague poltergeists and pumping them full of loud fuzz.

Like labelmate Andy Stott’s EP Passed Me By, Facets finds Whittaker atomising witchcraft, making something more club orientated than his Demdike Stare work (but still weird enough to make your skin crawl). It’s obvious from ‘Flawed’ that he still puts atmosphere first, the track’s future rain sounding dirtier than Blade Runner as it degenerates into dingy old school. As an introductory track it’s very cards-on-the-table, giving you seven minutes of putrid slabs and forcing you to listen or retreat. Imagine someone playing Bioshock in the basement of a super-club - if you’re not tickled by that, turn away. Despite its malevolent rumpus, it’s not the flakiest moment here, an honour Whittaker bestows on final track ‘On The Fly’. Like a demented tribute to Rolf Harris’ ‘Sun Arise’, it throws glitched-out drum boxes at evil overheating TVs, and digs around in the remnants with a probe. It’s the sound of a great man losing his marbles, very carefully getting it all on tape.

Whittaker hasn’t gone completely loco, however, and leaves time to show off some brilliant examples of fossilised rave. The dim klaxons and sparking fuseboards of ‘Primer’ are a welcome to industrial hell, but it’s a hell you’d feel quite comfortable dancing in, featuring the drum track from Flat Eric and the original Leftfield synth. The addition of the Modern Love label’s trademark grey noise gives it a meteorological edge, and half suggest you’re watching a documentary on tribalism gone wrong. The pace rises even higher on the happily titled ‘Lustre’: part minimal techno gone berserk, part aria written on Atari ST, and the closest Facets gets to a conventional melody in all its 26 minutes. Sounding almost ambient with its ethereal samples, ‘Lustre’ is the EP’s most enveloping cut; all positive throbbing, rusted steel drums and percussion that kicks up an avalanche. Whittaker mixes in some scrapes and gargling to remind you you’re not at the pearly gates yet, but otherwise this is Facets’ ascension, and the moment it realises you can’t live your whole life kicking bins over in a big haunted house.

It’s not a record you’ll want to jump to if you wake up in the night feeling panicked, but Facets is a mightily solid EP given its author’s unpredictable temperament. He might have returned to the same crumbling assembly plants to source his raw materials, but Miles Whittaker has worked alchemy here, creating four cuts of mutated strangeness that he’s proud to sign his name to. Granted, it’s not as exciting as the Andy Stott EP - possibly the strongest addition to Modern Love’s canon in years - but it ticks all the boxes you could expect from a man at the forefront of electronic production. Whittaker’s once again got them wondering where he’s going to go next - hopefully not to an abattoir, though those bolt-guns would sound cool in a sampler.