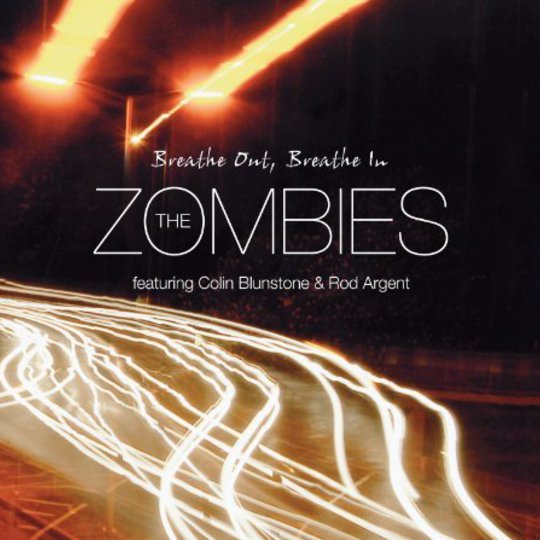 The Zombies are the kind of band friendships are forged over. The instant recognition amongst a knowing clique granted by their 1968 classic Odessey and Oracle contains a strength of feeling undimmed by time or mediocre follow-up albums.

Despite its use as a simple means of setting the scene, the Odessey and Oracle comparison is a seriously false economy. Not least because it implies if Breathe Out, Breathe In comes off the worse it is not worthy of your attention. In fact, this Rod Argent and Colin Blunstone penned LP is exactly what you would want from the sixth Zombies album.

The original template of weird mid-tempo ballads peppered by splashes of spidery organs and luscious harmony is very much intact. A tad dated? Perhaps. But 43 years on from their initially modest payday, was anyone expecting this current incarnation of the band to stray from the sound they still tour on?

Central to the appeal of Breathe Out, Breathe In is its commitment to the band’s tawdry roots. The titillating theme of its opening title track provides plenty of evidence that this is an outfit still committed to carnal delights. “There’s a look in your eye and I want to be part of you,” coos a lithe Blunstone underlying his lust with the even more blatant come-on, “Make it alright, later tonight.”

If that line sounds devoutly twee - and believe me there are plenty more like it across the LP - then it is rescued from cringe-inducing cheesiness by the vocal acrobatics that accompany it. Likewise, where ‘Shine On Sunshine’ and ‘Play It For Real’ read like lost Rastamouse episode titles, some delightfully layered croons transcend any unintentional humour.

Thankfully The Zombies haven’t lost their appetite for oddity either. The pop-group who took their name from a band of decomposing monsters have plenty of fluidity left in them to toy with song structures, bumping the already salacious pomp and ceremony of ‘Christmas For The Free’ with a rambunctious guitar solo slapped in not before the track’s halfway marker. Better still is the frenetic classical guitar segue of ‘Any Other Way’ which fits well with a track packed with kitchen sink sentiment and handclaps.

It seems a tad churlish to pick at the flaws in Breathe Out, Breathe In, not least because this is the kind of album you will most likely be buying in good faith with modest expectations rather than in search of a stone cold classic. Nevertheless, ‘Let It Go’ is sickly sweet as closing tracks go, its final sign off being the overly theatrical “Shout it loud from high and low, just listen to your heart.” Following on from the similarly choral ‘I Do Believe’, it forms a limp ending to an otherwise fun album.