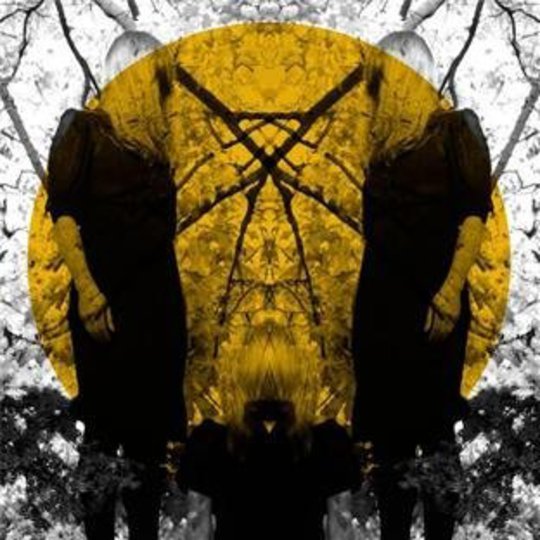 It’s been a strange path that Toronto-based singer Katie Stelmanis has taken to Austra. It’s almost as though she was engaging in a very public search for a musical identity. We’ve had solo releases, work with the riot grrrl-tinged Galaxy, record deals with Loog and Vice, and an appearance on Fucked Up’s The Chemistry of Common Life. Anyone who got comfortable with her punk-oriented wailing will have to realign their expectations when sitting down with her debut album for Domino, Feel It Break. Here, Stelmanis has pieced together a simulacrum of the electro-goth sound (Zola Jesus, The Knife, etc.) that’s found favour in the past five years or so. But this is her own take on the genre, and it’s one that pulls hard on her background as a classically trained musician, as well as the skills of her former Galaxy bandmate Maya Postepski and bassist Dorian Wolf. In fact, Austra’s sound branches out to encompass a broad range of styles, and it’s partly what makes this album work so effectively. There are hints of goth for sure, but there’s also a strong industrial bent to their work (Stelmanis is clearly a big Nine Inch Nails fan circa The Downward Spiral) as well as elements of pop and classical worked into the mix. Her resonant and deeply individual voice is likely to be the dividing line for many people—the opening ‘Darken Her Horse’ feels as though they purposefully dialed down the instrumentation for the first half of the track just to give you an idea of whether you can get on board with the singing or not. Stelmanis has got a Danielle Dax warble in her throat, which is matched by a Siouxsie Sioux-style assertiveness that really takes hold once the pounding machine drums of ‘Darken Her Horse’ take hold.

Anyone who has followed Austra to date is likely to be familiar with ‘Lose It’ and ‘Beat and the Pulse’. It’s not hard to see why those tracks were plucked out to preview Feel it Break. The former begins with the kind of seedy low-rent synth throb that Depeche Mode lent hard on earlier in their career, only to shift focus into bright “ah-ah-oh-oh” toytown vocalizing and an infernally catchy chorus. The latter edges further into industrial-disco territory, with great slabs of austere noise vying with bell-like rings and a stern vocal take from Stelmanis. ‘Beat and the Pulse’ manages to bridge a gap between feeling leaden and eminently danceable at the same time, where its sheer weight feels like it’s pulling you under while the skipping rhythms just about keep you afloat. That sense of disorientation is where Austra’s music finds its strength, in a space where solemnity is wrapped up in shiny pop perfection.

That trick of slicing jarring contextual elements together and making them sound like natural bedfellows is something Austra return to time and again. ‘The Choke’ feeds off pulsing John Carpenter-style electronics that build toward an incisive and strident goth-pop thrum that occasionally comes off like an understated cousin to ‘This Corrosion’ by Sisters of Mercy. Stelmanis is acutely aware of not letting things loom in the doldrums too long, and the editing and sequencing here is expertly executed so things don’t get too monochromatic. The twinkly keyboard textures of ‘Hate Crime’ immediately follow ‘The Choke’, which then dip back to a half-paced take on Eighties synth-pop with ‘The Villain’. ‘Shoot the Water’ is positively cheery by Austra standards, with its jaunty backbone and featherlight backing vocals.

Those moments when they shake up the formula are what make this an album worth revisiting, and it’s likely that Stelmanis’ chameleon-like career to date has helped foster that desire to tinker. The closing track, ‘The Beast’, even hits at a possible evolution in the band’s overall sound, should they wish to dip further into tortured torch song balladry. Here, the combination of acerbic vocals and piano comes off like a female counterpart to Antony Hegarty’s work, with Stelmanis clearly enjoying the opportunity to show what her voice can do when it’s removed from the more cluttered Austra arrangements. But what ultimately makes Feel it Break such a pleasure to explore is their inclination to consciously move away from making this a record that only works as a showcase for a distinctive singer. Thankfully, this is a band that’s far more in love with acting on strange ideas to make odd-sounding pop songs function than it is with any notion of technical perfection.