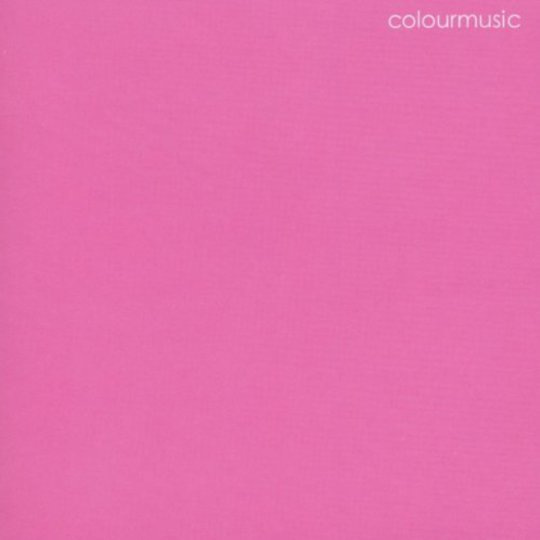 What follows is an account of my first time listen to Colourmusic’s My _ Is Pink during my morning commute.

Scroll down. Land on The Dead Weather, scroll back up past The Cure, The Cribs and land on Colourmusic. I stare at the album title as first track ‘Beard’ appears on the screen. I question what Freud or Foucault would have to say about the grotesque vulgar profanities I come up with to fill the blank space of the album title at 7:36 in the morning.

The initial strains of the album begin to play into my ears when a big red bus, busy with people fighting for the last available seat, pulls over at the stop. I clamber on and my Oyster beeps to say 'well done, you can travel today,' and that’s when the roar of the bass kicks in. A distorted, menacing riff, which takes me back slightly. Out of the distortion come softly sung vocals, contrasted with a rapid drum beat. The noise from my headphones earns me three scowls from various washed up Batemans.

The similar sound of distortion is transcribed into second track ‘Jill and Jack (A Duet)’, but the melody seems poppier. As a result I begin to tap my foot to the beat and scuff a nearby Gekko’s brogue. ‘Feels Good To Wear’ slows the pace of the record down and a voice sings heavily down the microphone, heavy enough to hear the breaths in between each progressive build of electronic fuzz. ‘We Shall Wish (Use Your Adult Voice)’ begins with a voice sung over elongated atmospheric synth sounds and bursts into an energetic number. ‘You For Leaving’ is filled with psychedelic organs and choir singers power-housing the lyrics “JUST TAKE ANOTHER LOOK AT ME, TELL ME WHAT YOU SEE NOW.”

A woman picks wax from her ear.

As the song continues with suspenseful breakdowns, which explode into catchy electronic melodies, it makes me think of festivals over the summer, staring at a girl, in her flowery dress, dirtied wellington boots, sunglasses and a cider strapped to her hand. Someone much more aesthetically pleasing than Bateman No. 2, with a Windsor knot and slick back hair covering the bald patch where his crown should sit.

The summer nostalgia induced by ‘You For Leaving’ is only enhanced by following track ‘Tog’ and I begin to feel depressed on this bus. ‘Dolphins and Unicorns’ is another progressive number, which starts with some impressive use of drum cymbals.

As ‘Porovoca’ starts, I step off the bus at Bank station, in single file and walk down a flight of stairs, receiving various huffs, shoves and tuts from women with poorly dyed hair. Two minutes into ‘Porovoca’ and it becomes apparent that this is the album filler, which lacks any of the hard hitting, catchy electro filled melodies, which previous tracks contained.

As ‘The Little Death (In Five Parts)’ started I questioned whether this record would start to fall down a slippery slope and plummet to the ground faster than a lead balloon falling from the sky. Fortunately ‘The Little Death (In Five Parts)’ reinstated my faith and any trepidation and scepticism I had is instantly diminished. As I make my way onto the platform, a riff begins which sounds like something off of Soulwax’s Nite Versions. Pumped and aggressive.

‘Fold/Unfold’ and ‘Mono’ moves away from the more structured songs, and the sound and feel through both tracks encapsulates the general progression/sound of the entire record. As I step onto the DLR I catch a glimpse of my reflection standing amidst a group of old and weathered faces. ‘Whitby Harbour’ begins to play; the sound of waves crashing along the shore, and it instantly relaxes me. I wait for the drop but it doesn’t come and I’m thankful, as this part of the album allows you to unwind and reflect on the past 50 minutes.

Last track ‘Yes!’ blasts from my headphones and takes me out of my slumberous state and makes a woman with a rather striking hair style, reminiscent to that of Lyn Scully stare at me as if she’s sucked on a lemon. I ignore her grimace and zone out to the last four minutes of My _ Is Pink.

The Body of Christ and the Legs of Tina Turner