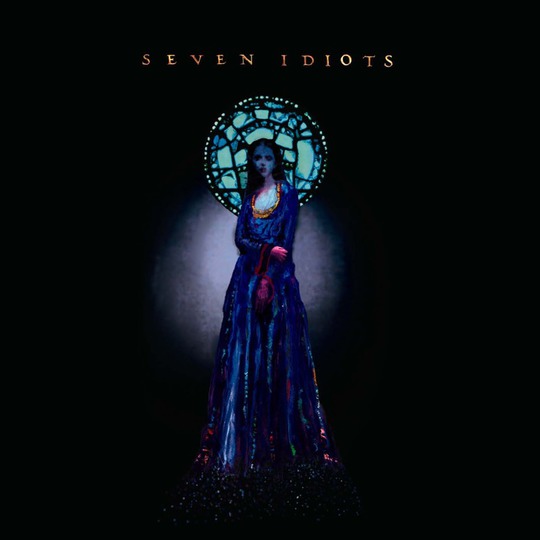 Wow. Buckle up. A bare-bones description of Seven Idiots would make mention of this being a new collection of songs by Katsuhiko Maeda, a Japanese avant-garde guitarist known for his eclectic and experimental approach to composition. This description would do absolutely no justice at all to a record that leaves you with the same breathlessness and stupidly dazed grin that you’d get after riding a top of the range roller-coaster.

The music of World’s End Girlfriend has been rather hard to get hold of legitimately in Europe up until now. Mono fans may recognise the name from the collaboration Palmless Prayer / Mass Murder Refrain, but the sombre strings and restrained moods of that record in no way prepare you for the sensory overload, the sense of joy and the speed of Seven Idiots.

Imagine a really talented avant-garde sound-artist: the kind of gifted sonic chin-stroker that would be on the cover of Wire. Now imagine someone holds a gun to his/her head and says 'Ok, what you do is great and all but now I want you to produce a record that people will actually enjoy, maybe even dance to. If I don’t enjoy myself listening to your record I will shoot you.' Seven Idiots would meet our hypothetical gunman’s needs perfectly; in fact he’d probably turn himself in meekly to the police with a beaming smile on his face.

This is all due to the fact that Seven Idiots manages that most difficult of balancing acts: it sounds both adventurous (musically challenging, risk-taking and above all different) and at the same time accessible. There are a hell of a lot of ideas thrown quickly at the listener (wow! Listen to that guitar riff! And now it’s glitching… and there’s a synth melody! Wait is that slap-bass? It’s gone now… here’s that riff again!) If the music is challenging, then the challenge is simply to keep up.

Admittedly is is over long - at 78 minutes you suspect that Maeda is trying to cram as much sonic goodness as he possibly can onto a single CD - and only about 85 per cent of it lives up to the standards described above. The first nine tracks fly by in a buzz of constant movement, energy and excitement but Seven Idiots flags a tad in its final section. Track 11, 'Der Spiegel Im Spiegel Im Spiegel', is four minutes of saxophone noodling: exactly the kind of aimless, beatless self-indulgence that Maeda avoids elsewhere. Track 12, 'The Offering Inferno', jars even more: a gentle piano melody is obliterated and overwhelmed by Merzbow-esque noise which doesn’t fit either the mood or the sound of the rest of the record. Although the final track rounds everything off nicely it’s hard not to see Seven Idiots as a superb record that slightly overstays its welcome towards the end.

However, nothing should detract from the fact that there is still about an hour’s exhilarating, joyful, experimental and yet accessible music on here that should be treasured by a wide range of fans from different genres. If you feel like a lot of instrumental rock recently has been poisoned by a lack of ideas and innovation then Seven Idiots is just the antidote you need. The first time I heard this record, with its snatches of different instruments, riffs and guitars and synths and who-knows-what all bouncing off each other at frightening speed, the image that came to mind was that of a giant alien spacecraft orbiting the earth. The alien captain decides to sample what is playing on the airwaves of earth and presses a button: instantly the best of everything playing on all the radio stations in the world gets beamed straight into its cockpit, mashed together and formed into a continuous stream of sonic ecstasy. Listening to Seven Idiots is as close as you’re going to get to being that alien captain. Enjoy it.