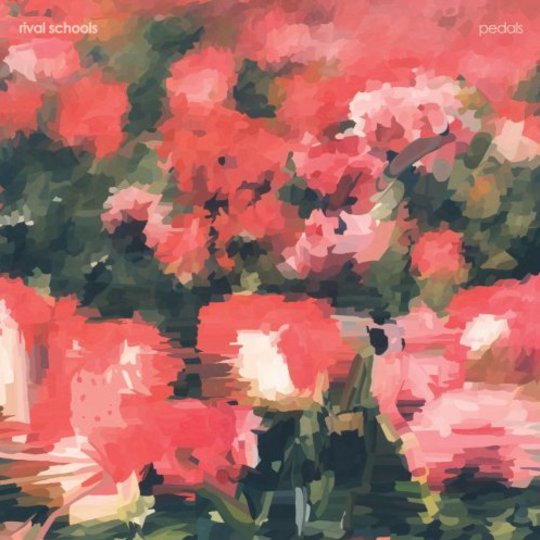 Nostalgia is a strange and seductive thing. I swore I would never be affected by its obfuscating rose tint but have recently found myself becoming shamefully tearful watching grainy clips of Seventies football, more touched than I should be by the naïve brilliance of Eighties synthpop. Oddly I wasn't actually alive for those things, and I'm certainly some way from feeling wistful for ten years ago, so the return of Rival Schools fails to tug at my pathetic heartstrings.

At the time they shot to minor fame, Rival Schools seemed to be mocking me, presenting a perfect party I wasn’t invited to in their pristine video for flagship song ‘Used for Glue’. I suspect the sanitised emo images that clip presented did them a lot of favours and a beautiful logo that looked great on t-shirts certainly did them no harm either. Musically, bright guitar interplay and post-hardcore crunch made them simultaneously appealing and invigorating. Singer Walter Schriefels served his punk apprenticeship in Gorilla Biscuits, Youth of Today, and most famously Quicksand and Rival School’s 2001 debut United By Fate was a solid set, but notably less catchy and inventive than similar turns towards melody by loose peers Fugazi or, later, The Blood Brothers.

There's still gleaming guitars galore on Pedals, their first album for ten years, with at least four different guitars at work on opener ‘Wring It Out’. Not one of them is extroverted enough to lead the song or stick in your mind, and it rather sets the pattern for the rest of the album.

United By Fate fell off after ‘Used For Glue’, with a run of similarly peppy but largely indistinguishable songs blurring the second side into wearing drudge. There’s more instrumental variety on Pedals which helps stave off monotony, but the band have unsurprisingly lost the urgency which once made them alluring. ‘Eyes Wide Open’ is one of the few songs here to carry the zip of their old material, elsewhere there’s delicate piano colouring the bridge on ‘69 Guns’ and a lot of rhythmic acoustic guitar bubbling under everything else, which feels like a cheap attempt to add texture in lieu of purpose.

Walter Schreifels was never the most elegant of lyricists; “your undercover’s on” sticks in the craw as a particularly unsatisfying hook from their first album. ‘Racing To Red Lights’ picks up the theme with its chorus “You're driving too fast / racing to red lights”. It’s an insufferably aimless song and which mocks its own title by trundling safely below the speed limit towards a town called Mid Tempo. ‘69 Guns’ sounds like someone pressed snooze on The Alarm song with the similar name and slept through the addition of an extra weapon. There's something jarring about Schreifels’ vocal phrasing which seems to leave him permanently dawdling behind the rhythm of the band. This ends up dragging any momentum back into relentless half-speed creating a series of songs to earnestly nod along, rather than jump around to.

Pedals feels dated, preserved in the clinical amber of Pro Tools-centric production that was so prevalent when Rival Schools were last on the scene. It smacks of a band out of ideas making their fifth album, which they probably would be in a marginally different world. The edge has gone. It wouldn’t be so noticeable if we'd seen a three album progression since 2001. As it is, it's like waking up from a coma to discover that a once-vital band has turned into Counting Crows.

It's unlikely that those who enjoyed United By Fate took it as a cue to explore less ballsy territory, so it’s hard to see who’s going to be sated by Pedals. There's little here to distinguish it from similar bands treading similar ground with more assurance, and there’s a crippling lack of a song as strong as ‘Used For Glue’ or ‘Good Things’ to compensate. At this point Rival Schools sound like Nada Surf without the pop nous or OK Go without the videos. Perfectly listenable, perfectly agreeable, absolutely forgettable.