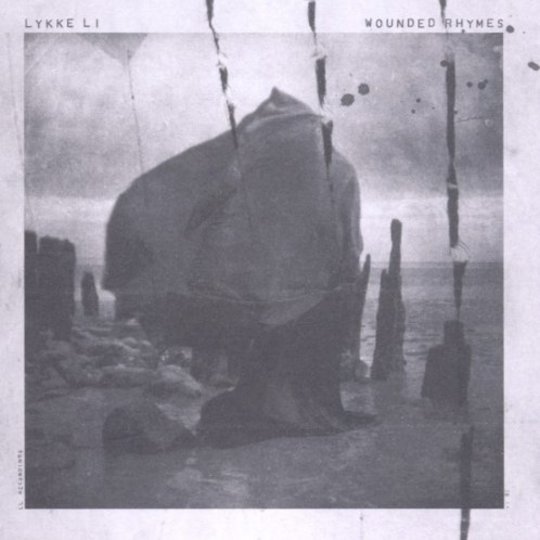 First world problems are a bitch. The concept is as follows: comfort is relative. Those of us with actual problems, I would postulate, will devote X percent of their mental energies to worrying about them. What constitutes actual problems? In Britain I would categorize them as thus: terminal illness, an inscrutably awful 'Mad Dogg Deon'-esque spouse, a club foot, colour blindness, financial hardship, homelessness, or an uncontrollable addiction to frosting. Those would be considered real problems in England; I would pity people with these problems.

However, due to a cruel psychological phenomenon about which I will now elaborate upon without having bothered research or test or in any way verify, many individuals will have problems that, although nowhere near these terms of actual objective seriousness, will cause them the same mental anguish as the poor souls with a terminal illness or a baby daddy who has for some reason tattooed a skeleton face on top of his real face. Here is a list of problems which I would categorize as unworthy of concern or 'first-world': inability to find a pair of shoes which sufficiently embodies one's concept of what the perfect pair of shoes could be; being important, but not as important as Picasso; the lack of the necessary fiscal resources to have as many buildings named after oneself as one might desire; insufficient creative outlet; insufficient access to an acceptable grade of olive oil; and (and this one is specifically inappropriate for the young, attractive, talented and Scandinavian) problems with romance. These are problems for which dwelling upon should be considered an affront and a travesty for those who have actual, real problems such as those mentioned in the last paragraph, just as those with serious, actual problems in certain rougher countries in this planet would probably gladly trade their plight for a spouse with a really badass facial tattoo. And herein lies my psychological principle. To the one who experiences them, personal problems may undoubtedly feel significant; but for those to whom such problems are related, this level of significance serves as no guarantee whatsoever that we will care. And therein lies the problem with Wounded Rhymes.

Youth Novels, the last turnout by Lykke Li, made me, along with a substantial proportion of its listenership swoon. Here is why: it was a combination of beautiful, minimal pop; heartbreaking, once-an-album quality melodic moments (breathtaking hooks); a delicateness, sadness, and awkward impetuousness that was unspeakably loveable, intimate and relatable. The protagonist of Youth Novels was clearly a bit awkward and had may have had an issue or two (specifically being super shy and kind of desperately in love). But we could appreciate it and identify with it. Subject matter this voyeuristically and entrancingly, disturbingly inviting is not frequently combined with delicate, minimal pop of such insouciant potency. We fell in love with her, and identified with her, and despite or because of her sadness tinged with her optimism we really cared about her.

On Wounded Rhymes, however, we don't; or at least I don't; not as much. This time the stark and sparse yet warm piano-driven minimal pop of her previous outing has been enhanced with what I would cringingly refer to as 'post-modern mannered digi-Motown', with production courtesy of Bjorn (of Peter, Bjorn and John) and more oomph than we had previously. Not substantially more; this is still delicate indie-pop, but, more. It's more straightforward and more assured; I wouldn't call it brash, but it's definitely the work of an artist who was previously shy (shy shy) and has now developed some confidence.

Unfortunately, however, while Lykke Li's confidence has developed, her melodic abilities appear to have regressed somewhat. On a quantitative level, if one were to tally up the heartbreaking moments of melodic perfection on Youth Novels, and then attempt to do the same for Wounded Rhymes, it would go something like this: 22 to 5. So that's a problem.

Unfortunately it gets a bit worse though, which is where the whole first world problems thing comes in. Lykke Li is sad this time (wounded), and it's not clear why. The lyrics are sparse here and we are free of a lot of narrative, however we can surmise from a careful listen that she's pretty upset. About what? Naturally, problems d'amour. On the previous album the main source of conflict was evident (she was shy, shy, shy!). But on this one we aren't quite sure why she's all worked up about (it is difficult to surmise what wounded her rhymes). Here are a few clues for you: Her love is unrequited (there is a song that goes "Oh, my love is unrequited"). And one of the songs is about a man named Jerome; this man who has somehow caused our gorgeous Swedish protagonist to feel sadness and longing. So, she's sad and upset and feeling pain about romance. Which is where that first world problem cognitive dissonance comes in. The person who made this record is stressing hard about her love life. She is also talented and young and beautiful and Scandinavian. When somebody complains this much about a problem which should be so readily fixable (step 1: find a man and/or woman with any sort of beard and/or 'chunky frames', step 2: romance), for 60 minutes or so, the listener begins to question the motivations of the complainer. Which is to say it wears thin. For a substantial proportion of my time listening to this album my main thought was 'why should I be sympathetic to your romantic problems, you young, talented gorgeous Scandinavian?' The effect would be somewhat akin to listening to Paul Allen of Microsoft perform an album about how his yacht was not big enough.

This frustration is compounded by a second issue: a low-scale, simpering rage which builds when the listener realizes that apparently someone, somewhere, sometime between the completion of Youth Novels and this album, has presumably been able to jerk this remarkably talented, unspeakably gorgeous young Scandinavian around to the point where her rhymes became wounded. This is compounded by the fact that (as I have surmised from a careful listen of track nine, 'Jerome'), his name may be Jerome. Which leads one to question the premise that justice exists in the world, as in a world in which justice exists it seems unlikely that a man named Jerome should be able to do this. A possibility also exists, slim yet not infinitesimal, that she could be referring to Jerome Clement. So that also grates. Overall, the effect is to make the listener uncomfortable, somewhat dejected, and begin to question the very underpinnings of their faith in the basic underpinnings of society. Which wouldn't have happened had one just listened to Youth Novels again.

For these reasons, Wounded Rhymes is an album that has not escaped unscathed from its wounds. But, to artfully tie this review back into the theme I established a few paragraphs back, the mild disappointment of this record can be firmly classed as a first world problem in itself. It'll probably sell a bunch (to Duffy fans) and make a pile off of soundtrack licensing (from Gossip Girl). And the person who made it is young and beautiful and remarkably talented and Scandinavian and will undoubtedly forget about Jerome and make a better record the next time out. We have that to look forward to. So relax and be happy because you can.