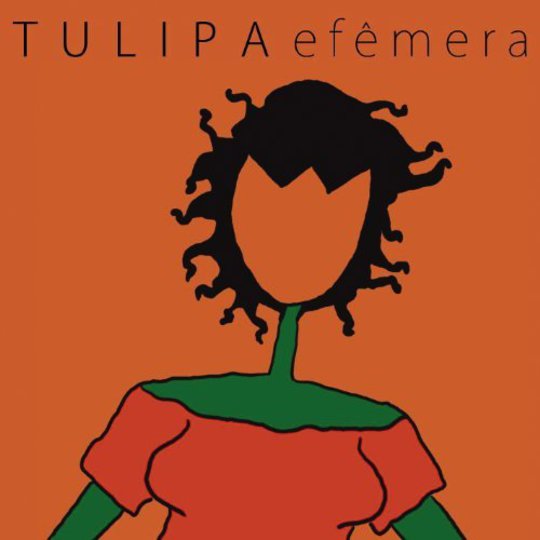 Before anyone gets pedantic, I’ll be the first to admit that I’m not an expert on the Brazilian music scene. The only real exposure I’ve had up until now is Seu Jorge in The Life Aquatic with Steve Zissou and some BBC 4 documentary about the origins of Bossa-nova. I liked The Life Aquatic with Steve Zissou. Bossa-nova didn’t really do anything for my ears.

Being an ill-educated, lazy, European, I’m semi-tempted to throw in every obvious Brazilian stereotype that I know to bulk up the content of this review. Thankfully Efemera by Tulipa doesn’t project images of scantily clad Amazonian beach volleyball players, City of God (the book), the supersized Jesus statue that dominates Rio’s skyline, City of God (the motion picture), or Scotland’s Dave Narey scoring a spectacular goal against Brazil in the Eighties.

From the first notes you can tell that Tulipa’s debut is fresh, accessible and laid back. The title track, and album opener, is great. Lazy acoustic guitars and a beautiful melody enveloped by joyful Belle & Sebastian horns, thankfully without Stuart’s Sunday school conflictions.

If it wasn’t sung in Portuguese this record would be considered commercial, yet it possesses a substance and personality lacking in many bodies of work. I’m not saying they haven’t re-invented the wheel, but why would you?

Tulipa has a lovely voice. Youthful, almost childlike at times, yet still mature, conveying emotion and empathy to the listener. She certainly isn’t one of these modern day warbling divas impersonating Foghorn Leghorn and Aretha Franklin’s lovechild. Tulipa wouldn’t be much good if you got lost at sea in fog, but her voice is better for it.

The album isn’t perfect. The opening of ‘Pedrihno’ sounds like the soundtrack to an irritating computer game from the Nineties. Retarded, consistent and repetitive. It is one section of the record that constantly grates with me, but once you get passed the first minute the song isn’t so annoying.

The record is getting bigged up down south (of the equator, not Birmingham), where they claim it is one of the best debuts to come out in years. I can’t agree or disagree, but it is better than that Bossa nova documentary I watched.

If ‘Sushi’ is a about sushi, then it is probably the most beautiful ode to fish since Jaws. Tulipa could be a better wordsmith than Dylan for all I know. I love Dylan, but part of me really enjoys not having to listen to lyrics. Ignorance is bliss. There are no preconceptions. No hype. No expectations. Nothing to cloud the judgement. It’s just me and the music.

For the title track alone, it’s a good record. Nothing else is as instantaneously infectious, though it sneaks up on you, so it is better than 'good'. It probably isn’t fashionable, but so what? It’s music. You either dig it or you don’t. It’s not rock and roll, but I like it. It certainly isn’t elevator music.