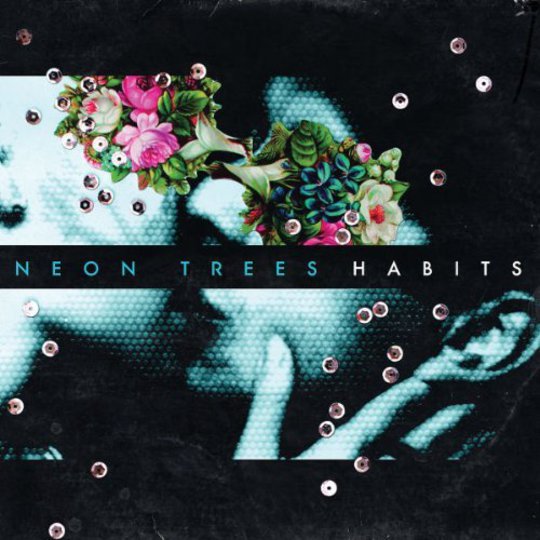 Any claim seems possibly, even logically true, providing you add two words to the assertion: ‘…in America’. It’s that wacky and wonderful nation where the Terminator became a state governor. It’s the place where Two And A Half Men is the most popular sitcom. And it’s the place where Neon Trees were able to sell a million copies of their single. That’s six zeroes.

It’s an astounding fact matched by an astounding debut album, Habits. As you listen to the record, you’ll feel your jaw slowly descend, then swiftly drop to the floor as you add up how many people must have had to say 'Yes, I have no doubt that this will be a good album' for the thing to have even been made. Seriously. Astounding.

Perhaps the lesson to be learned from the hitherto success of Neon Trees is that sex really does sell, because every track on Habits is about fucking. People fucking each other. People not fucking each other. People fucking other people. People thinking about fucking other people. People thinking about people they used to fuck or would like to fuck. Now we’re not going all Mary Whitehouse on you – sex and relationships are, of course, legitimate topics for any artist to explore. But this is hardly Rumours.

What it is, is a cheap barrel of MOR indie rock, cloaked in pointless synths and empty sentiments, over-produced into oblivion. That million-selling single, ‘Animal’, is an example of all of this. Its guitar hook is inane and childlike, with no simplistic charm. The chorus is a muddle of repetitive lyrics and gap-filling ‘woah’s. Tyler Glenn’s vocals have a certain drawling, rock n’ roll quality which reminds a little of Taking Back Sunday’s Adam Lazzara, but with none of the irony and barely a grain of the sincerity.

I literally have no idea what that is supposed to be about.

Elsewhere, Habits, does show snippets of inspiration, such as the soulful opening to the record on ‘Sins Of My Youth’ – a bluesy, piano-bedded chorus line, the beauty of which lasts a total of 13 seconds before it is invaded by a barrage of pompous synth-rock. The slightly jazzy, slightly polka rhythm of ‘In The Next Room’ also shows interesting potential, but it all burps and farts itself into irrelevance in the same way.

At the risk of sounding cynical, Habitssounds remarkably like it was made to make money. The vocal struts and swaggers of Tyler Glenn’s performance, the shallow lyrics and forgettable melodies that cloak themselves confidently in expert production – it all comes together to form an album that creates the illusion of being a great pop record without ever going to the effort of actually being one. It represents the worst aspects of commercial pop music (Glenn even sounds insanely like Robbie Williams at times, such as on ‘Helpless’). Neon Trees appear defined by a suffocating lack of creativity and an eye-watering absence of any meaning or emotion. Don’t waste your time, because you’ll have heard it all before. And you didn’t even like it then.