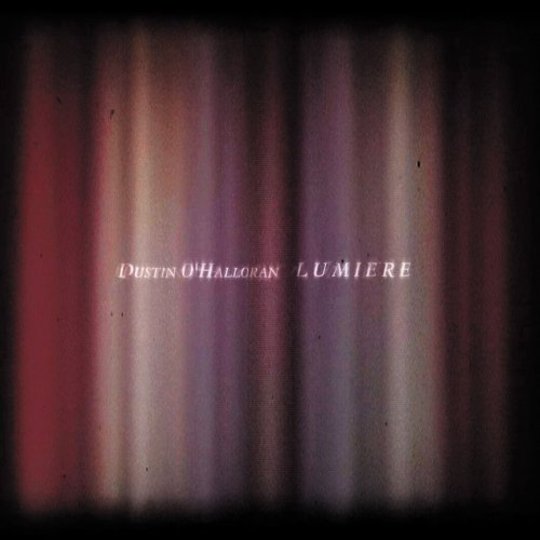 All haunting, minor key strings and moody, softly tinkled piano melodies, on first listen composer Dustin O’Halloran’s latest release seems to have little relation to the optimism-hinting light of the title. Bleak and soaked in introspective emotion, Lumiere is a record that seems to brood and wallow, with a cinematic scope that builds upon the introspective minor key melodies of the two solely-piano records that preceded it.

This penchant for the filmic is no accident. O’Halloran cut his teeth creating music for advertising and the silver screen – his impressive résumé includes credits for Sofia Coppola’s decadent fuchsia-fest Marie Antoinette and the seemingly obligatory Teutonic car advertising. This cinematic background is clearly apparent on Lumiere and makes the album a fantastic catalyst for the imagination.

Indeed, Lumiere does at times sound like the soundtrack to a post-apocalyptic world – all slow motion billowing smoke and grey skied desolation. At times it’s a harrowing listening experience but a strangely rewarding one all the same. Dig a little deeper however and you’ll find a warmer heart hidden away amongst the ruin and rubble - nuggets of optimism not apparent at first. Whilst the strings may be perennially stirring and strained, O’Halloran deliberately minimises the solace and despair of the lower stringed instruments. On Lumiere, he opts for violins where others may have chosen cellos - herein lies the intelligence and many layers of O’Halloran’s work.

The only slight niggle may be levelled at this point, as there seems at times a slight restraint on the composer's part, an unwillingness to fully unleash his experimental bent without restraint – he seems to reign himself in consciously where his scampering instrumentation could be let loose to bound around unaided to even more delicious effect.

Drafting in fellow contemporary classicist Nils Frahm on production duties has only added to the strength of the album, giving O’Halloran’s emotive playing space to breathe and a treat for the ears. The album also features the likes of Peter Broderick and Max Richter as guest performers - hugely talented musicians in their own right and members of the same burgeoning minimalist classical scene.

It’s not just the work of his peers that grounds O’Halloran. The album is built around a trio of core tracks and in these the composer looks back into the musical past with delightful Debussyian flourishes (‘Opus 55’), Glass-esque driving strings (‘Quartet N.2’) and baroque harpsichord (‘Fragile N.4’). Also present are occasional nods to the icy cool of jazz. The album ebbs and flows beautifully, with the listener being drawn under the enveloping aural waters with a soft soundscape at the beginning and released once again 45 minutes later with a similar soft sonic caress. It’s inspiring stuff indeed.