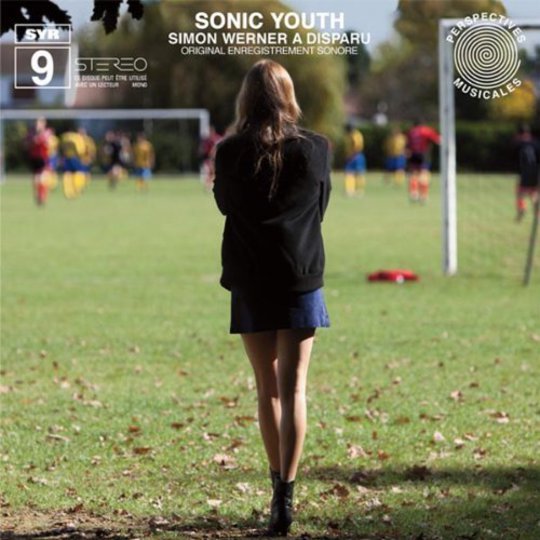 Sonic Youth long ago arrived at a point where their music no longer warrants serious criticism, having already secured their place of privilege in rock'n'roll Valhalla. Most of the critics that review Simon Werner a Disparu will have less years under their belt than Sonic Youth’s three decade career. So when the legendary group releases new material, the wisest course is to simply open your head, your heart, your ears, and ease off the snark-trigger. Let yourself be whisked along ethereal corridors back to a time when the music sounded fresh, exciting, raw – before you could hear rather ripped-off echoes of ‘Expressway To Yr Skull’ in every noise breakdown by every band since 'the year punk broke'. Nothing on Simon Werner a Disparu will surprise you. But we’re not looking to be surprised. We’re looking for Sonic Youth. And we’ve found them, plying their trade in the service of the latest film by French director Fabrice Gobert.

Sonic Youth have maintained a fondness for film scores dating back to their work on the somewhat clunky Made In USA, an Eighties teen road movie about two leather-jacketed toughs who set out to find America (but who end up finding themselves). The visual image buoys the complex shapes and surfaces of Sonic Youth’s altered tunings. A slowly developing guitar drone is given time to unhurriedly unfold by the onscreen action. Also, the fact that scores consist mainly of instrumentals likely appeals to a band that was never known for vocals. More than 20 years after Made In USA, the band is back scoring another teen psycho-drama with Simon Werner...

The two moody, aimless bookends of the album ‘Thème de Jérémie’ and ‘Thème de Simon au Café’ stretch out like wallpaper inside your ears. Fans of the post-Washing Machine era will recognize the easy-going, laidback jamming that has come to characterize the band in their 'safe' mode. Riff after riff from Thurston Moore, punctured by the occasional noodling lick of Lee Ranaldo, while Kim Gordon and Steve Shelley keep the rhythm. This is a band you could bring home to your mother (since your mother might have been at their first show). ‘Thème de Laetitia’ and ‘Chez Yves (Alice Et Clara)’ dabble in the more violent noise assaults that earned the band credibility in the hardcore, artcore scene of New York City where they grew up. On the whole, however, Simon Werner a Disparu respects the sense of quiet derangement cultivated in Gobert’s film.

Of special note is the piano work to be heard on tracks like ‘Jean-Baptiste Et Laetitia’, ‘Les Anges Au Piano’, and ’La Cabane Au Zodiac’. In fact, this might be Sonic Youth’s most extensive experimentation with keys to date. ‘Providence’, from Daydream Nation, the haunting piano-driven track featuring a mysterious phone message from Mike Watt (of Minutemen), was a mostly unfulfilled promise – until now. Like Picasso and watercolors, Sonic Youth and piano don’t often mix: but when they do the results are provocative.

For those keeping count Simone Werner a Disparu will be the ninth official release on Sonic Youth Recordings (SYR 9). The band started the label in 1996 to accommodate (and monetize) the growing interest in their music outside of the traditional major label LP format. SYR albums are always more intimate experiences. The music is edgier, the album art is uniformly gorgeous. The latest film score is not the best of the SYR releases and not the worst. You probably won’t head to the record store for this one unless you’ve been obsessive-compulsively collecting all the previous releases, but if you do, you won’t be disappointed by what you hear on the turntable. After all it’s Sonic Youth. Sonic Youth. What more needs to be said?