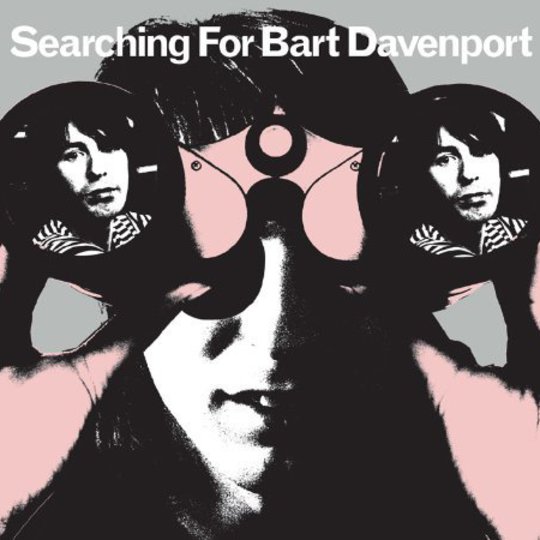 Singer-songwriter Bart Davenport was formerly front-man of Honeycut, a San Francisco-based band the most notable achievement of which was to soundtrack an advert for computers. Honeycut's music, a fusion of pop, rock, funk and soul, was deemed sufficiently modern and tasteful enough to be jingle material for iMacs, and their song 'Exodus Honey' features in the welcome video that plays following installation of certain versions of Mac OS X. As back stories go, it's hardly the Beatles paying their dues in Hamburg.

Having presumably made a fair bit of cash from the Apple tie-up, Bart could well score a similar commercial success with this new solo record. Searching for Bart Davenport, a selection of covers of songs by his musical 'heroes', would be the perfect choice to be used as background noise played on rotation in a chain of shops selling reasonably expensive casual clothes for thirtysomethings. It's a little bit José Gonzalez, a little bit Jack Johnson, all summery acoustic guitar, unadventurous vocals and an utter absence of balls. This album is as bland as the dullest X-Factor semi-finalist's least sparkling work, and listening to it is about as transporting and passionate an experience as drinking an out of date can of Sainsbury's Select Cola in a lay-by.

The 12 songs are theoretically a diverse selection. The album opens with 'Come On, Let's Go', originally by Broadcast, and there's tracks by the likes of David Byrne, Gil Scott Heron, Love, Kings of Convenience, and one or two less well known acts. However, having been filtered through Bart's singularly unimpressive performance skills, even the most interesting of songs is transformed into muzak that floats past you like styrofoam, leaving no impression beyond the faintest unworded sense that something very boring has just happened. It's not an exaggeration to say that it would literally be more interesting to spend an hour listening to nothing - and that would ultimately be a more fulfilling experience.

It's a shame really, as a lot of these songs were great in their original form. Had someone more imaginative been covering them, or if Bart had noticed that his acoustic guitar renditions were utterly insipid and pulled his finger out to do something more interesting, then perhaps this could have been a decent album. The Broadcast track was pretty much perfect in its original form, in large part thanks to Trish Keenan's icy vocals, but Bart's press release note on his version reveals a certain dunderheaded arrogance: 'One nice thing about acoustic performance is that you can strip a song of all its ornate garments and shimmering jewellery just to reveal its inner beauty.'

That might be the case when a gifted performer is doing the playing, but when it's describing hack-work of the kind found throughout Searching for Bart Davenport, it's a laughable boast. These acoustic performances somehow manage to strip all the inner beauty from the songs along with the 'shimmering jewellery', leaving behind nothing but a selection of forgettable jingles.