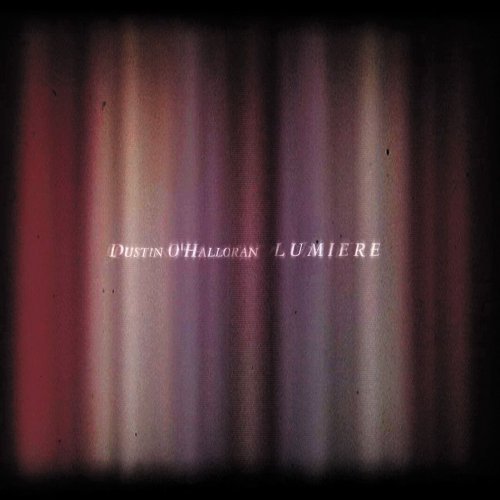 dustin o'halloran's arresting debut release for fatcat's 130701 imprint (a home for the orchestrally / classically-aligned composers attached to the label) is something of a departure from the two beautiful solo piano records that preceded it. without comprising any of the magical wonder of either of those albums, on 'lumiere' o'halloran lends his vast talents to larger ensembles and a denser texture. arranging - around his own piano work - string parts performed by new york's acclaimed acme ensemble (grizzly bear, owen pallet, nico muhly, matmos, max richter, hauschka), o'halloran also employs subtle electronics, guitar from stars of the lid's adam wiltzie and violin from prodigious young composer / arranger peter broderick. the end product is a collection of miniature symphonies so heartbreakingly crafted that one could be forgiven for imagining the grandest scale film pieces or a master of classical composition at work. destined to pique the ears of fans of contemporaries nico muhly, peter broderick, goldmund, jhann johannsson (who, incidentally, mixed 'lumiere' with o'halloran), not to mention the already-present 130701 staples: sylvain chauveau, max richter, hauschka, 'lumiere' is an orchestrally-aligned record free of rigidity or convention, a record that illuminates o'halloran's singular talent and vision.
description from www.roughtrade.com