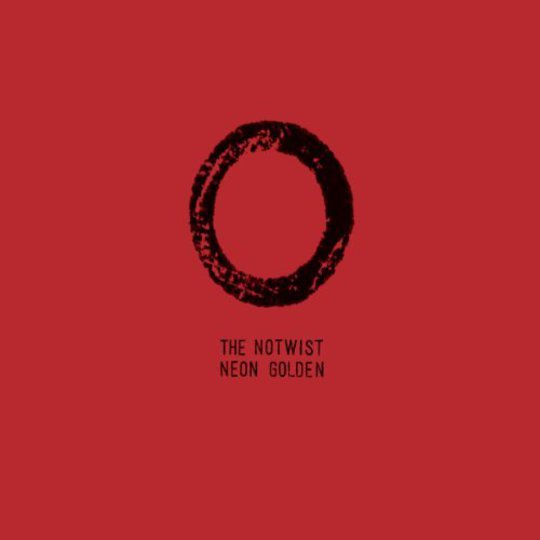 The consensus on Neon Golden at the time of its release can be condensed into the single word 'captivating'. Nary a review of or ode to the album saw it to be one that grows on you, or one that needs a couple of listens to really get it. Neon Golden isn’t an album you lose to the background despite its inherently muted characteristics. With it, The Notwist do not force their music on you, foghorning it in your face. Nor do they diffidently place it before you with an imperceptible roll of the eyes as if to say 'whatevz, plebeian, as if it matters what you think' If anything, Neon Golden pulls away from you, murmuring quietly to itself with a lonesome elusiveness that compels you to lean into it, aching to hear what it has to say, even though it appears not to be speaking to you.

Consistency of opinion over the past eight years means that there’s not really much to say on the subject that hasn’t already been said. However, as it happens, City Slang have included with this reissue a DVD of On|Off the Record – the documentary that tells the story of the album’s creation and, of course, this allows for an entirely different perspective with which to listen to (and write about) the album.

On|Off the Record starts with an image of the finished product sitting quietly on the New Releases shelf of record store, obliviously flanked by MJ and Whitney’s latests. Its red is the only colour you see and it occurs to you that there could be no more perfect cover art. The lone black circle’s sedate unobtrusiveness is suddenly, strikingly powerful – just like the data on the disc beneath it.

On|Off the Record starts with a single, unfulfilling line off ‘Consequence’ before transporting us to a studio the colour of the album’s red where we meet the band, and watch them create Neon Golden. We see their heads bob in silent, ecstatic unison when they hear their individual contributions come together to form something bigger than what they had imagined. We see them suffer the creative differences every band does but put their non-existent egos aside to magically resolve each one. We even hear them tire of their own sounds, dropping our jaws when they class ‘Pilot’ as one of the “worst” songs on the album and exhaling when they spare ‘Consequence’.

On this film we see The Notwist for who they really are and it turns out they’re... oddly normal. That may sound like an oxymoron but it makes sense when you take into account the fact that these former hardcore punks have been involved with the music industry in some form or the other for over two decades. Nonetheless, they remain persistently unpretentious, relying on the buckets of personality Console brings for their rockstar cred.

City Slang gave them the most independence, the Notwist explain, and that’s why they stayed with the label. But even independent labels need to spruik their wares and the frontmen appear obviously ill at ease when discussing the more soulless aspects of releasing an album – the commodification of their efforts.

One of the sweetly beautiful moments in the film is to be found in the scene where an interviewer segues apologetically into a question to the Acher brothers: “Do you have any hobbies, interests that have nothing to do with music?” he asks. Micha appears to be genuinely thrown by this and after a moment of pensive silence he asks a question in return: “Hobbies?”

The film lays before you all the evidence you need for what you probably already suspected – that there is not a single wasted note on the record. Every instrument and every instrumentalist’s abilities are stretched to their limits and beyond. See, for instance, the impossible arrangement for and superhuman attention given to the cello on ‘One Step Inside’. Or the revelation that what ‘One With The Freaks’ really needed to fill it out was a distorted symphony from an insect orchestra.

You could listen to Neon Golden dozens of times (and probably have) and you could discover something novel with each spin (and probably have). But all it really takes is a simple, potent statement from Markus Acher to put together better than all the literature on them what the Notwist really are, and why we are so drawn to them.

“We want [the music] to be fragile, vulnerable. And in a way... we want it to include the weaknesses.”

Well, allow me to congratulate you on your success, Mr. Acher. (But I do believe I missed the weaknesses).