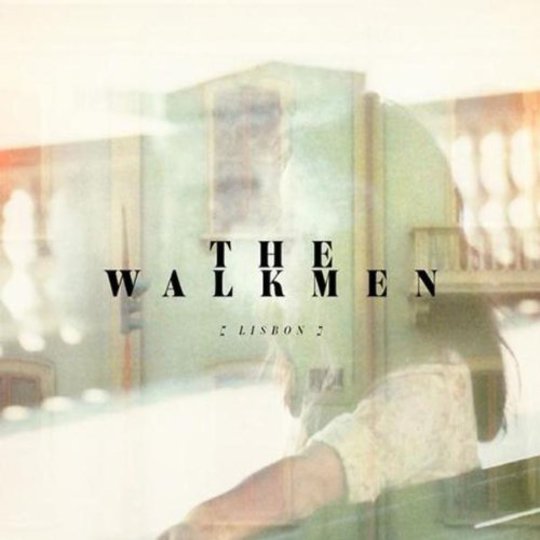 If I’d had a conversation with you about the best albums released post-2008, chances are - after incessantly hitting you upside the head with a copy of the Let’s Wrestle debut until you swore on your mother’s eternal soul that they were better than the Beatles, whatever your favourite food is, the reassuring embrace of your one true love and finding soiled scraps of pornography in foliage as a ten-year-old boy dawdling through a pre-internet age - I would’ve mentioned The Walkmen’s You & Me. Equally, there’s a good chance I would’ve blurted on about how obscenely underrated it was and deserving of the sort of across-the-board, superlative-suffocated praise usually reserved for newborns and… I dunno… crisps or summat. But then, You & Me seemed to have received a unanimous vote of confidence, including a juicy five over five from The Guardian and a glowing review from Pitchfork that signed-off with this loving line: ‘this is the sound they've reached for since the very beginning, and they've never played it as gracefully or confidently as they do here’. So, y’know, it’s not like it wasn’t receiving high praise… but it just never quite seemed high enough. (Although, looking back, I’m not sure what I actually wanted or what exact level of praise would have seemed adequate. Full-page broadsheet adverts? The heady heights of EVERY end-of-year list? Sawyer or Morley giving it bloated props on Newsnight Review? One of the album’s more tender moments soundtracking an advert for Channel Five’s inspiring true-life-shock-doc, The Boy With Some Foots? That odd desire for something you love to be acknowledged by all as great is some tricky shit).

Anyway, put simply, You & Me was a beautiful, beguiling blizzard of a record, and I thought it was quite a lot good. And it was somewhere around the 11 minute mark of Lisbon that I managed to forgive it for not being You & Me and enjoy it for what it is: a comparatively disparate but nonetheless thrilling collection of songs by a band coming over like they have the utmost confidence in each track and their ability draw out every battered shard of emotion from the splintered and cut-to-the-quick elegance they have made completely their own. If You & Me was the sound of a band holding on tight to make sure they got everything just so, Lisbon is the glorious expulsion of breath that comes after the win.

To make sure we get this straightaway, Lisbon sets off with the breezy shuffle of ‘Juveniles’ before ripping into ‘Angela Surf City’, quite probably what ‘The Rat’ would resemble if it came out from under the floorboards and blasted its sickly pallor with a dose of sun. Compared to the more stately and measured You & Me, this feels like a firework exploding in a forcefully fondled can of fizz, but the burr remains the same. ‘Blue As Your Blood’ is the first to creep out with a hint of the cold, crisp air felt so much on You & Me, its aching strings sinking everything into the same deep winter dark, Leithhauser simmering with his nicotine purr, "I could dream of you forever, under the shade of the juniper tree, I’ll sing a sad song for you and me". ‘Stranded’ is next and, so goes the press release, a song that represents the 'New Orleans-style horn playing' that had almost made up the bulk of the record. The accompanying blurb goes on to explain that the band went through a variety of styles and themes before deciding to cherry pick the best from each strand, in turn creating a patchwork of sounds that sits in contrast to the more fixed and linear You & Me. After the woozy reverie of ‘Stranded’ then, comes the sandy sun-kissed skip of ‘Woe Is Me’, the white winter hymns of ‘Torch Song’ and ‘Which I Shovel The Snow’, before ‘Lisbon’, the album closer and a song you can only ever imagine Leithhauser singing on a barstool, his eyes fixed to the floor, one hand on the bar for balance as he tries to negotiate the track’s subtle changes of pace.

Listen to Leithhauser closely and you begin to notice frequent allusions to the sky. On You & Me it always seemed to be one color, everything bathed in shadows and moonlight and crisp winter chill. This is what made it so brilliant, feeling as it does like a unifying movement, one idea and theme shot through the entire album. Lisbon, quite understandably, is slightly less worried about a linking thread and feels more like the band given free reign in the sweet shop to pick-and-mix whatever tastes and colors they desire at any given moment. Is this better or worse? Or maybe just irrelevant when the songs are this fucking good. The Walkmen have done it slightly different this time, but I guarantee that after hearing this album, the brilliance of Lisbon will stay with you for the entire day, no matter what color the sky sitting above.