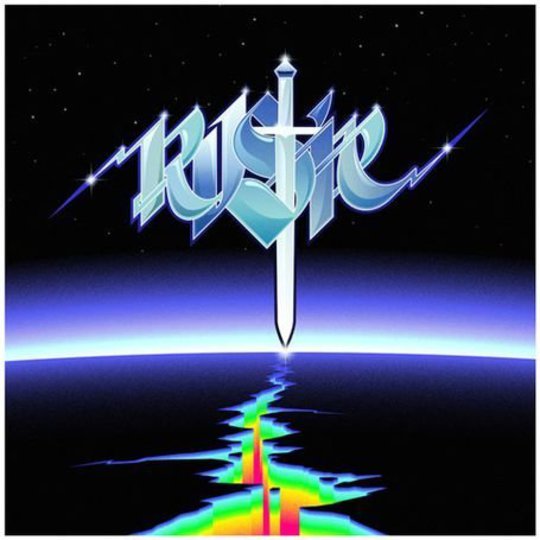 Sunburst is the third piece of Rustie produce offered up by the Warp label since the Glaswegian producer signed his life, or at least foreseeable music career, away to them in 2009. None of the EP’s five tracks have a title remotely as memorable as ‘Inside Pikachu’s Cunt’, which is what Russell White – that’s ya boy – decided would be a good name for a vaguely throwaway track on a CD sampler of Warp’s newest crop of artists. However, such an evocative image marks Rustie out as a child of contemporary meme culture and the internet (well, it’s possible dude came up with the title without seeing that photo of the Japanese Pokemon convention, featuring a giant inflatable version of the character where punters enter and exit through its crotch, but I doubt it); his music, too, is very modern. Most of its elements have existed for at least a decade, but really, no-one was making music like this five years ago.

Although Rustie may have found his sound in splendid isolation to start with, it seems pretty self-evident that, from release to remix to podcast and so forth, he’s exchanged ideas and muddled inspirations with his immediate peers. Circa 2007 and his debut twelve-12 Jagz The Smack (now highly collectible, although probably not to the extent that chancers asking a ton for it on Discogs would have you believe), he was peddling a skeletal yet foreboding mixture of dubstep weight and Drexciyan electro nocturnes. Over time, light has more or less beaten out shade; synths work in abundance on Sunburst, especially the opening ‘Neko’ and the penultimate ‘Chew’. An historical line can thus be traced from Roger Trautmann and Zapp, to Nineties r’n’b and G-funk, to the British dance acts of the same decade who were huge and also good (thinking of Orbital and The Chemical Brothers, really), to Butter, the terrific 2009 debut album from Rustie’s Glaswegian cohort Hudson Mohawke. Like I say, though – and like Butter itself – the sonic parts are balanced in a way that could only really be from the last couple of years.

As much as he’s one for the neophytes, then, Rustie does actually manage to cook up jams which have a chance of being timeless rather than just fashionable. ‘Neko’ marries an obnoxious kickdrum to a distorted synth riff, with the ceremony presided over by a weird, cackly little sound effect which is more likely than not a tribute to Terror Danjah’s ever-present ‘gremlin’ watermark. ‘Dragonfly’ is the choppiest moment of the EP, nutty keyboards scribbling over an air-attack bassline that sounds like Luke Slater’s Wireless if it had been made post-dubstep. ‘Beast Nite’ brings back the baby-demon vocal effect – I think it’s an actual sped-up voice this time, as opposed to a synth stab – with the foundation a swaying and slightly queasy melody which would sound appropriate played on an accordion.

‘Chew’ takes Sunburst’s squealy synth-pomp to new levels, so much so that Rustie’s new logo’s resemblance to that of a late-Eighties power metal band suddenly makes sense. His steez is decidedly more Autechre than Helloween, but still. There again, ‘Hyperthrust’s keys actually kinda sound like a translated guitar solo, of the Malmsteenian fret-frot kind, so maybe this isn’t just idle thought-puking. White also ups the complication factor of his drum programming here, evoking a name oft-evoked during talk of ‘this kind of thing’, Flying Lotus. It may prove tough to dance to, should you hear it played out, but the sound Rustie has arrived at over the last three years is hellishly infectious, and fun without ever being dumb.