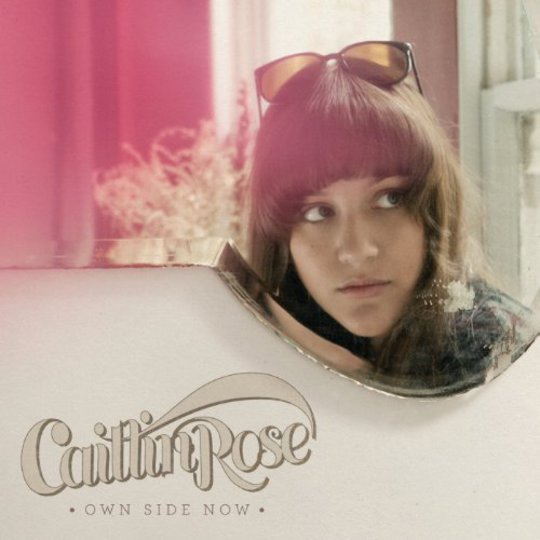 It was not too long ago that Caitlin Rose's debut EP, Dead Flowers, hit the fair shores of the UK. It was a great little release (not too little, too late, thankfully, as it was released in the US in '08) that served only to whet my appetite for what could come. I wanted more songs! Full band! Caitlin belting the tunes! A capella! I just wanted to see what this taster could blossom into. Thankfully, I didn't have to wait long as Caitlin has been hard at work shaping what would eventually become her debut, Own Side Now.

Caitlin Rose's first full length effort is really a coming of age, or more of a reaching of the spot she always knew she'd be at, for a girl who wrote many of these tunes at the tender age of 16 and 17. 'Shanghai Cigarettes' in particular went from an acoustic ditty uploaded to YouTube, to a grandly twangin', impossibly-catchy standout, allowing Rose to belt it out freely with the steel strings backing her up. But that's not to say the songs she's writing now, at 22, don't measure up. 'New York', is particularly impressive, the tale of a small-town girl in the big city, but without all the first time wonder, and a little of the sassiness that Rose is known for ("I got lost on the Lower East side / because I pissed off my tour guide").

Rose's shining voice spends most of the album competing with her wise-beyond-her-years songwriting. 'For The Rabbits' is perhaps the best example of the great beauty that can come out of the battle between the two sides of her talent. It sees Rose lamenting the end of a relationship with a voice so strong, it's easy to forget that the lyrics show her undeniable vulnerability ("Fall back into my desperate arms / Fall back into this sole disaster / because it's better than spending all your nights alone"). A measure of her sucess is that I still can't decide which impresses me more.

Although the side of Rose we see on Own Side Now is not as out-and-out humorous as Rose allowed herself to be on her EP - there's certainly no 'Docket' on this effort - her self awareness and eloquence more thancompensates. Rose airs these concerns on the second track, 'Own Side Now', "Whose going to take me home / Cuz I don't wanna go it alone / Whose gonna want me when I'm just somewhere you've been?". If 'Own Side Now' doesn't justify the comparisons to Patsy Cline, then I don't know what is right-side up. But comparisons or not, Rose exceeded the expectations that her EP drummed up and delivered a beautiful and tender, youthfully energetic album that crosses the line Rose herself has been toeing so carefully between indie and country. It's a beatiful blend, when you factor in her lyrical prowess and stunning voice; well, I'm on her side, now, too.