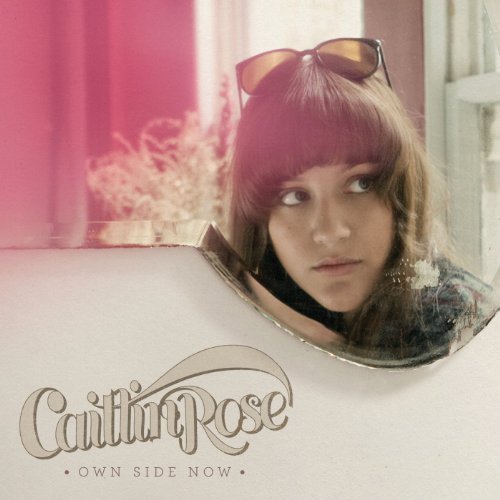 Caitlin Rose - Own Side Now

Rose exceeded the expectations that her EP drummed up and delivered a beautiful and tender, youthfully energetic album that crosses the line Rose herself has been toeing so carefully between indie and country. »

rough trade exclusive with a bonus cd from our favourite female songwriter of this year. the bonus cd mix has three themes: man, god, and love. it features cuts from keegan dewitt, glossary, joe pugg, spiritual family reunion, roman candle and more. caitlin rose releases her highly anticipated debut album 'own side now' on names - the home of alela dianne, earlies etc. the nashville born singer appeared amidst a whirlwind of praise at the start of the year with her stunning first offering, the critically acclaimed 'dead flowers' ep. 'own side now' is sheer perfection, drawing further on her love for the female greats such as linda ronstadt and stevie nicks (fleetwood mac's 'that's alright' gets a delightful airing here) as well as those from a pure country lineage such as patsy cline, and firmly places her in the same league. 'dead flowers' showed the budding of a ripe talent, but this time around she has a seriously talented full band to assist in elevating own side now into a different class. although steeped in the country tradition, caitlin's music is not constrained by that heritage. her confessional style and wry observations place her very much in the 21st century, but it is her heart rending honesty, lyrical prowess and her dextrous delivery of said lyrics that sets her apart from her peers. nothing shows this better than one of the albums many highlights, first single 'for the rabbits'; an epic saccharine-free, strings soaked (arranged by jordan lehning) ballad depicting a fractured relationship where she laments "why is your love like rubber, he said / or gum stuck under my shoe? / leaving it there to avoid the risk of / making a mess out of you". even more remarkable when you realise it was written when caitlin was sixteen years of age. produced by mark nevers (lambchop, will oldham and andrew bird) at the beech house in nashville, 'own side now' slinkily slides between the country pop numbers like 'spare me' to the pedal steel fuelled absorption of 'things change'. the restraint from all players on this track is astounding with caitlin ringing the changes with a vocal performance that belies her tender years, hitting the listener square in the guts and leaving one gasping for breath - "no i never wore your wedding ring / i regret i never could / never mothered your child or seen you / in its smile". title track 'own side' displays a simpler approach, mirroring caitlin's wish that 'simple songs needing simple sounds' and the avoidance of 'broadway bullshit'. from its humble acoustic openings it morphs into a majestic soulful gem, with wonderful fragments of tear jerking backing vocals interspersed with a subtle blend of piano and pedal steel. "i'm on my own side now who's gonna take me home? / cause i don't wanna go it alone / who's gonna want me when / i'm just somewhere you've been?" everyone, it would seem, after hearing this particular tune. as somewhat of a little appendage to the 'dead flowers' ep, we are handed a mid album gift in the shape of 'new york city' - displaying her joyful wit alongside honky tonk vibes and shangri-la flourishes, this tale of outsider-in-sprawling-metropolis is another winner, especially when caitlin stretches and hovers "there was acid rain that stained my jeans /made 'em go from blue to green / made me look just like some kind of / acid washed up movie queen". 'shanghai cigarettes' with rayland baxter on shared vocals serves as another fine example amongst many, with fuzzed out lead guitar and caitlin riding a swinging rhythm, it sounds like it would happily sit on a flying burrito brothers record. as we move into the sunset of this glorious debut we are given another taste of her musical gifts in the shape of 'sinful wishing well'. with a smattering a minimal percussion and piano, she evokes the following "though i don't know when i'll hit the bottom / i've been falling for so long that i can't tell / i know that you'll never hear me calling / from the bottom of my sinful wishing well". yet caitlin never ever pleads for sympathy or affects whimsy. she simply pours out her soul pure and unadulterated. there's no doubt that caitlin rose's talent is diverse and on the strength of 'own side now', it's not just taylor swift who should be picking up all the awards in nashville. she seems to be singlehandedly breathing new life into a long tradition of american music. having played across the us with the likes of phosphorescent, bill callahan, j tillman, akron family and cortney tidwell, caitlin rose played a string of wonderful uk shows last month. once heard, never forgotten. they used to call it star quality. what do we call it now that our markers are so skewed?
description from www.roughtrade.com