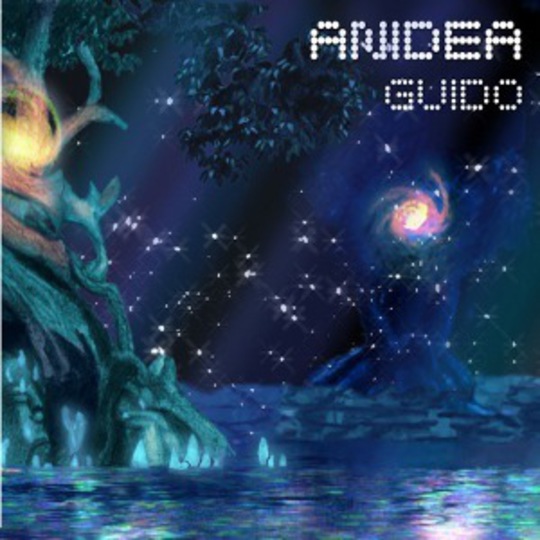 There’s a tendency among music journalists to discuss everything in the context of some wider trend, a ‘bit of x here, bit of y there’ way of doing things. While often of interest in and of itself, this can tend to distract a little from what’s really under the microscope. This way of doing things becomes a real problem when you’re discussing music that’s so deserving of a wider audience beyond the confines of its particular niche. No matter how many superlatives you use, you’re unlikely to lure in many newcomers with a two hundred-word spiel about the evolution of UK bass music, for example.

With that in mind I’m going to keep introductory stuff brief, try to avoid using the word purple as much as possible and cut to the chase: Guy Middleton is part of a trio of young Bristol producers who in the last couple of years have spearheaded a wholescale rewiring of dubstep’s moody soundscapes. Operating as Guido, alongside friends Gemmy and Joker he’s refined an electro-shocked mutant creature that takes melody as its basis and runs wildly amok, spray painting huge arcs of garish colour wherever there’s space to do so. He’s also won the race to put an album out. Anidea is the result and it’s a startlingly accomplished debut, fusing the melodic suss of Timbaland’s pioneering early productions to huge, spacious chunks of sub-bass that have spent the last few weeks carving holes in my speakers. The final product comes out sounding like nothing else out there, a kind of soulful bass hybrid that’s both fiendishly danceable and compulsively difficult to switch off.

I suppose it’s up for debate whether Anidea should be considered an album in the traditional, ‘one cohesive listen’ sense - the vinyl version is only six tracks long and several of the CD’s 12 have been released in some form before – but the first thing you notice is that it sure as hell flows like one. Opener ‘Anidea’ sets the precedent with possibly the most languid thing Guido’s yet put his name to, before first single ‘Orchestral Lab’ arrives in a blaze of chimes and anthemic brass. At this point it’s worth pointing out how crystal clear this all sounds; Guido builds his tracks like Lego, stacking block upon block of synthesised colour until they almost collapse, but at no point during Anidea do they ever reach oversaturation. The separation between instruments is pitch-perfect – if it weren’t for its deliciously canned feel, you could almost be fooled into thinking he was conducting a real band.

Throughout its length Anidea treads a fine line between immediacy – there’s no shortage of that – and the kind of delayed pay-offs that only reveal themselves over several listens. The most instant things on here are two vocal tracks, Aarya’s sweetly paranoid ‘Beautiful Complication’, originally released late last year, and an incredible re-energised version of slow jam ‘Way U Make Me Feel’. Bringing in local singer Yolanda (of Pinch’s ‘Get Up’), Guido’s hip-hop backing gradually unfurls to lift her throaty voice ever higher on waves of viscous digital soul. It’s what modern R’n’B ought to sound like, and it deserves to hit the A-lists of radio stations worldwide; the fact that it won’t perhaps makes it even more of a treasure.

What ought to open Anidea up to far wider audiences than the usual small circles that might be interested is its openness. There’s no undercurrent of pretension to be found, nary a hint of elitism or scene self-interest: just 13 fantastic tracks, as easy to listen to for the first time as to love. Whilst easily matching the heights of other big-hitting albums from its sort-of-genre, Guido’s music sets itself aside in another category entirely, independent of genre. At this point, context seems pretty irrelevant.