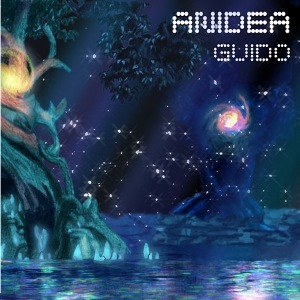 The final product comes out sounding like nothing else out there, a kind of soulful bass hybrid that’s both fiendishly danceable and compulsively difficult to switch off. »

'anidea' is the debut album from young bristol based producer guido, who alongside joker and gemmy, has trail blazed his way to the forefront of uk dance music. his two 12" releases, 'orchestral lab' and 'beautiful complication' on peverelists punch drunk label in 2009, and recently completed remixes for island records and tectonic records, have garnered guido extensive press coverage from specialist underground blogs to the guardian broadsheet. this album is the first to emerge from the trio, who have already made an indelible mark on uk underground music. guido cut his teeth in the embryonic mid-decade bristol grime scene, producing instrumentals for mcs and vocalists culminating in his unleashed mixtape in 2006. his production style shares the ultra vivid colour, melody and rugged texture of golden era davinche, skepta and ruff squads rapid but also the playfulness and pop sensibility of timbaland or neptunes without losing underground edge or appeal.
description from www.roughtrade.com