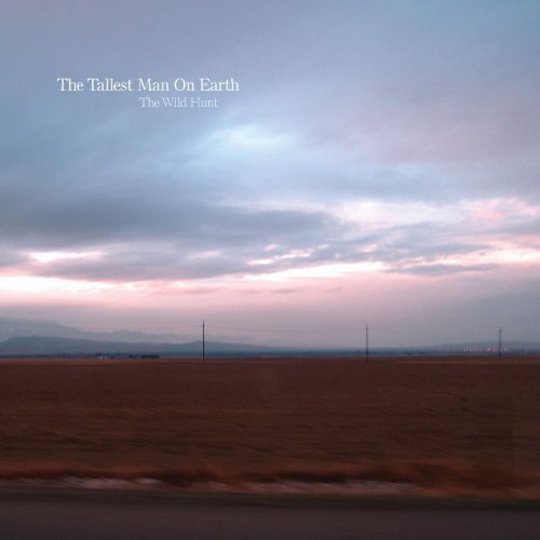 What with First Aid Kit, Jose Gonzales, Loney, Dear and The Tallest Man On Earth, Sweden is becoming as well known for its folk/acoustic-led bands as its electro/dance music (or whatever you want to term those scenes, if scenes they are, what with genre names being endlessly fluid).

Kristian Matsson, the so monikered Tallest Man On Earth is usually given the tag of folk, but that seems debatable. In his interview with DiS he said “I don’t consider myself a folk singer. I kind of hate that.” You can sort of see why. Viewed from an English folk music perspective, this has little relation to Fairport Convention or Richard Thompson. And viewed from Matsson's Scandinavia, it doesn't draw on their traditional folk traditions either. However, look at Nick Drake's guitar-led ditties, or Bob Dylan's pre-Judas era and this all looks a bit like a synthesis of American country and British progressive folk. Matsson can try to escape the tag, but you feel it's invisibly watermarked into the MP3s.

All this dull categorisation and place marking shows is that nothing here is new. We might note (patronisingly) that the lyrics are pretty good for a Swede writing in a second language (and is that really new when Jens Lekman outshines so many?), or that the guitar playing is exemplary throughout. With this kind of music these are requirements, because without either there would be nothing here. Without intricate guitar fingerpicking that Devendra used to indulge in before the music went flabby and bloated, or great lyrics like “And all the senoritas sighing / Will be the fountain of my lies / But while we're floating in siestas / You search for bottles and for knives” then what would be the point? If this is as derivative as it appears, then what IS the point?

If your blood lusts after some kind of classic songwriting, but your Dylan is worn out (physically or mentally) then this should fill that void. It is brilliantly done, and Matsson's voice strains with authentic emotion. It's a strange instrument, his vocal chords aping Dylan, but less worn out and slightly higher up the scale. Things feel very convincing. There are times the music soars – when he sings “Once I held a pony by its flowing mane” on 'Burden Of Tomorrow', with a simple strummed out chord sequence backing him. Times when there are those perfect moments when the tumbling guitar strung melodies match up with a well written line – on 'You're Going Back' when the vocals rise on the phrase “You said 'Driver please, don't go that fucking way'.”

Those moments don't come frequently enough, though. The Wild Hunt is largely one-paced, and only one track, the closer 'Kids On The Run', dispenses with the guitar for some chorded out piano. And this album lacks distinctly in original thoughts, or ideas, or anything that doesn't bring to mind a few predecessors. For me, that is an issue. As The Guardian points out, this is music for 50 quid bloke. If that's your market, maybe you should shut up your stall.

The very fact that Dylan's name has been evoked several times throughout this review should be enough evidence of that. That there are moments of greatness within is indisputable. These old balladeer's tales are fleshed out with metaphors and all the tricks of a great writer. The burble of guitar lines complement it all artfully. That doesn't mean the criticisms go away – there is a lack of invention within any genre, and too often the lustre dulls. On 'The Wild Hunt' Matsson sings “I plan to be forgotten when I'm gone.” This album suggests his scheme may come to fruition.