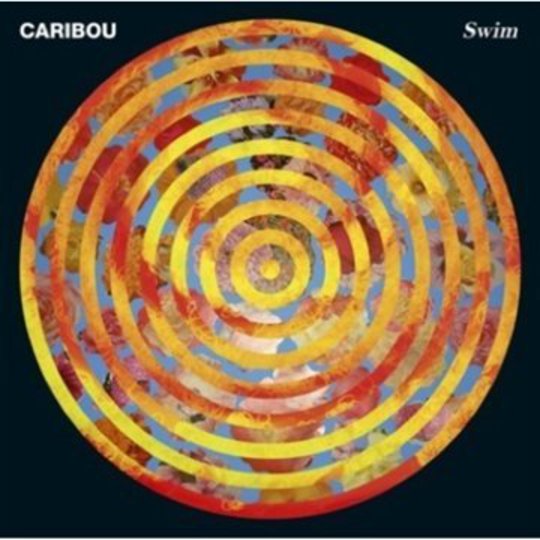 If I was an A&R man I wouldn’t go to gigs to look for new talent. Instead I’d conduct a Look Around You-style experiment where I gather the country's leading mathematical experts and plonk them in a room for a few hours with nothing to amuse them but a Microkorg, a copy of Ableton Live and a few maracas to shake. If you think the ensuing noise would sound like a Commodore 64 error tone then you’ve obviously not been introduced to PhD mathematician and song-crafter extraordinaire, the 32-year-old Dan Snaith aka Caribou.

Sure, the conflation of maths and art doesn’t make for the most appealing Venn Diagram, but for the past decade Snaith has been straddling the intersection with glorious results. His x+y = ??? approach to experimenting, toying, learning and reinventing has led to a string of albums each conceptually distinct from the last. From the bedroom-psychedelia of Milk of Human Kindness to the pastoral summer-pop of Andorra, once Snaith has established a sound, it’s high time for him to start exploring a new sound.

And so we arrive at Swim, a record so sonically luxurious it’s likely to send me into a swirling adjective-tailspin from which I may never fully recover. Opening song ‘Odessa’ hits like an intravenous injection of bliss, lulling you into a stupor you’re not released from until the record ends. Caribou handily provides his own visual metaphor for how this record feels by way of the cover art. You see that spiralling watercolour hypnosis up there? The warm autumnal glow and concentric tree-rings? This is the essence of Swim, a uniquely organic dance record where Snaith demonstrates his musical vocabulary more eloquently than ever.

Take the tumbling string flourishes in ‘Jamelia’ for example, or the way that saturated waves of synth slosh back and forth in ‘Kaili.’ It’s almost like there’s no human hand involved in the making of these songs, rather the wind has coursed through the instruments and whipped the sounds into being. Elsewhere album highlight ‘Bowls’ sequences the sound of Tibetan bowls being rhythmically struck whilst the microphone plunges in and out of them. It’s dancefloor music, but not as we know it. Where other dance songs compel you to throw your hands in the air, ‘Bowls’ feels like a trapdoor has been released from underneath you, submerging you in its liquidy ecstasty.

Perhaps what’s most special about Swim is the meticulous attention-to-detail that imbues each song. Snaith has said that he worked his way through 600 ideas before settling on these nine songs, and it feels as though those ideas have been blended into a concentrated smoothie of J-O-Y throughout. His music really is art for the ears, with hues, colours, textures and aural brush strokes dripping with vibrancy and imagination. Listen carefully and you’ll hear the stroke of a harp transforming into a resonant blanket of bells (‘Bowls’) hits of drenched percussion that sound like Liquid Liquid would if they packed up their NY apartment and headed to the beach (‘Found Out’) and backing vocals that wash around the mix in woozy delight (‘Leave House’.)

In interviews Snaith has always said how vocals come last to him when writing songs, but on Swim they’re by no means an afterthought. “Saving up to the day that she goes / the day that she stands up for everything she chose” he sings with sanguine composure on ‘Odessa.’ Elsewhere Luke Lalonde of Born Ruffians is enlisted to vocal duties on the thrillingly dissonant closer ‘Jamelia.’ The vocal hooks and emotional vulnerability on these songs lift the album from ‘perfect record to soundtrack summer road trips’ to ‘perfect record to soundtrack your life.’ It really is that good.

Amongst the innovative production on Swim it wouldn’t surprise me that if you listened carefully you might hear the distant sound of hundreds of lightbulbs flickering above an entire blogosphere of bedroom-producers. It has the potential to be a real ‘Oh shit, why didn’t I think of this?’ record, like when Justice’s ‘Waters of Nazareth’ crash-landed in 2005, launching a whole wave of copycat cut-n-buzz electro acts. However, even if we are in for a raft of artists making music that sloshes freely around your headphones, you’d be hard-pushed to top the elegant wonder of Swim.