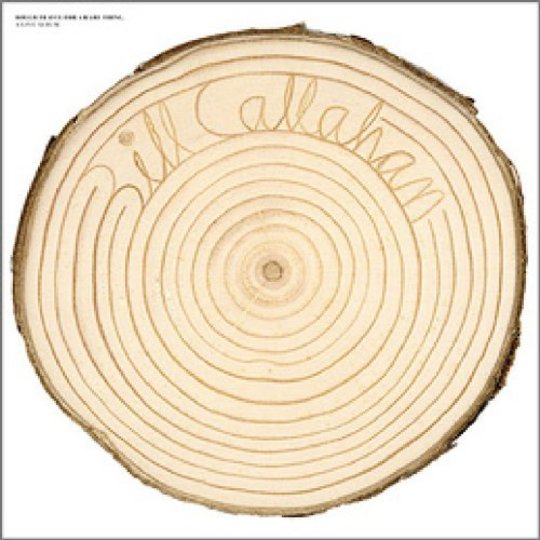 It often feels awkward when a writer in full tabloid swing attempts to denude or sketch out the blanks of a musician’s personal life in an effort to expand on what the artist has already been willing to offer up in song or interview. Laura Marling has spoken recently about the uncomfortable nature of having male, middle aged hacks effectively casting a cheap magnifying glass over the love life of an 18-year-old girl, and Bill Callahan has said that he has ‘long begged off the question of my albums reflecting where I am "at" personally’, concluding that ‘there is more inaccuracy in that approach than accuracy.’

Lucky then that Marling has recently been speaking so eloquently and engagingly about her life in relation to her music, and in turn her latest album often acts as a clear window into the personality that guides each song. And it would appear to be the same with Callahan in recent times. Taken from an interview around the time of the first release under his own name (and without the Smog moniker that had adorned his records for twenty years) the above extract is a final caveat before he goes on to talk freely and at length about the issues surrounding the name change for 2007’s Woke On A Whaleheart. ‘Changing the name was to demarcate a change for myself. A reminder… There has definitely been a transition of some sort, an upheaval, which started three or so years ago… I am still trying to sort it all out… the first step in making the record was to announce that it would be under my own name, before writing any songs. That put a glow on things.’ But by last year's Sometimes I Wish We Were an Eagle, perhaps the glow surrounding Whaleheart had withered slightly, with one of the opening lines from Eagle, "I used to be darker, then I got lighter, then I got dark again", a possible indicator that Smog’s bleak shadow was gradually easing back over Callahan’s consciousness. It’s perhaps apt then that the release of this live album reflects the continuing transition and tension between the two existences, with the majority of tracks coming from the Smog back-catalogue but with Callahan’s name still clearly marked on the record sleeve.

Direct and concise, Callahan kicks off with a perfunctory introduction; "We’re gonna get right down to business… tonight", the ear catching half-pause between ‘business’ and ‘tonight’ a reflection of his ability to imbue the most basic turn of phrase with shades and textures completely absent from their written form. From a distance Callahan’s voice is steady and vague like the stare of a man with the weight of the past on his mind, yet at closer listen the vocal nuances that shape and deliver each line ensure that every utterance makes its mark, nothing is wasted, nothing is superfluous, every syllable has its purpose. Because of this, the sparser compositions that allow space for Callahan’s voice to take centre stage shine here, like the gentle drift of ‘Say Valley Maker’ or ‘In the Pines’, its rail-road rhythm a succession of steady breaths, only shifting balance for an intermittent stretch or yawn. Yet the tracks with punch and vigour also stand out, with ‘The Well’, ‘Diamond Dancer’ and ‘Bathysphere’ all locked in urgent, engaging and itchy grooves by the high energy of Callahan’s backing band, However, ‘Let Me See The Colts’ is the standout moment, the music taking turns to hold back and release like one of the colts of the tale in an open field, wandering and turning and cantering at its pleasure until it stretches out for a final uninhibited gallop.

Callahan ends the aforementioned interview with a second warning. ‘What is so uncertain now, why I can't really say where I am "at," is that there are always clumps of brush to clear away, and unexpected attacks swooping in’. It would appear then that Callahan’s soul, like everyone else’s, is still up for grabs, but until the next record indicates what direction he’s decided to take or what road events have forced him down, Rough Travel For a Rare Thing is a darkly beautiful reflection of the continuing struggle.