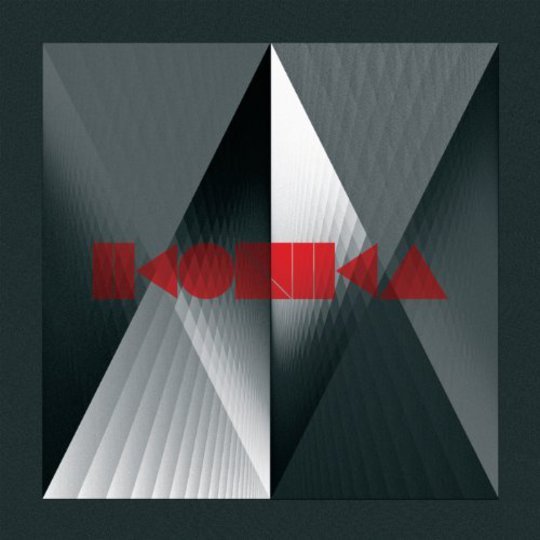 Two years ago or thereabouts, Kode9’s Hyperdub label, ever ahead of the game, put out a string of 12-inches that signified an interesting shift in dubstep’s traditionally dark and dystopian landscape. While releases from Quarta330 and Darkstar (whose delectable ‘Aidy’s Girl Is A Computer’ was a surprising crossover hit towards the end of last year) proved intriguing and tantalising respectively, the real jewel was Ikonika’s ‘Please’. Built around a deceptively simple set of elements, at its core lay a wonderful drunken synthline that swung unsteadily around the beat as though constantly on the verge of collapse. Along with its companion piece ‘Simulacrum’, it pointed toward a vast and largely unexplored expanse where dubstep’s cavernous spaces met colourful computer-generated melody – a region the likes of Joker, Gemmy, Darkstar and Rustie were just beginning to explore.

Fast forward to 2010 and the release of Ikonika’s debut album, and it already feels as though these artists are veterans, having paved the way for a wholesale opening up of dubstep’s confines. Such is the sheer speed at which UK bass music is evolving that Ikonika, just two years down the line from her debut release and only now releasing her first album, occupies an unlikely position as a member of a ‘first wave’ of sorts. And while her music retains the qualities that made it so appealing in the first place – a refreshingly brash and punky edge that sets her miles apart from the clinical precision of so many electronic musicians – it has also changed immeasurably over the interim period. Contact, Love, Want, Have is a narrative arc in itself, describing a sonic shift that has mirrored a general trend within dubstep over the last 18 months or so.

And it’s a hugely impressive statement of intent: streamlined without being overly smooth, melodic without being overly sentimental and danceable without ever straying too far towards simplicity. Opener ‘Ikonoklast (Insert Coin)’ is a sketchlike introduction, but its title also gives some clue as to what lies within. Much as it’s become commonplace for people to mention the influence of videogame music on Ikonika and her contemporaries, given an opening gambit like ‘Insert Coin’ it bears repeating. As a child of the Eighties and early Nineties, at times the music contained within these 14 tracks evokes real nostalgia - from the Road Rash-style momentum of ‘They Are All Losing The War’ to upcoming single ‘Idiot’s stupidly addictive and lopsided synth hook.

Above all else though, the crucial aspect of Contact, Love, Want, Have - and the element that should endear it to listeners far beyond its parent genre - is its compositional sophistication. For all the rough‘n’ready edges it displays, underpinning each pleasantly retro sounding synth patch is a keen ear for melodic development and a tangible lightness of touch. It’s there in ‘Idiot’ where each song cycle introduces a new layer of harmony, building to a surprisingly delicate climax. It’s there during the one-two punch of ‘Yoshimitzu’ and ‘Fish’, the former’s gorgeous shuffle beat and choral backing acting as a restrained counterpart to the latter’s escalating urgency. And it’s there in the album’s sequencing, passing through several distinct phases before reaching a concluding quartet of destructively brilliant house tunes. Each offers a slightly different take on funky, as though viewed through a gradually turning kaleidoscope – sedate and thoughtful on ‘Heston’, building incrementally to the blistering rapid-fire drums of ‘Look (Final Boss Stage)’.

And Contact, Love, Want, Have is a kaleidoscopic album. Teased apart into ever-shifting fractal patterns, each track shimmers with a self-contained energy as well as fitting seamlessly into the complete puzzle. With it, Ikonika has offered not only a vindication of her early promise but a brilliantly accomplished record as a whole. It says a lot about Hyperdub as a label that full-length albums from their fold are incredibly rare – in fact, Ikonika’s is only the fifth they’ve released in six years of operation – but that each one remains a unique and essential listen.