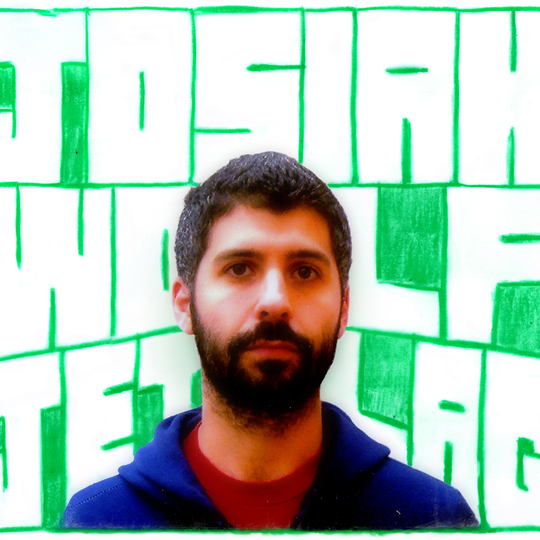 Jet Lag is one of those albums formed from a singular vision – Josiah Wolf plays every instrument: guitar, kalimba, vibes, Hammond organ, bells, bass, drums. Whatever it took. To give it that all important biographical element, it emerged out of a turbulent period in Wolf's life. A relationship of 11 years standing had dissolved. He'd moved from California, back to the Ohio of his youth. It makes sense then, that only one person has been involved in bringing such a personal album into being.

Wolf is a core member of Why?, taking a lot of instrumental responsibility when they play live. A lot of these songs could easily slot into the tracklisting of Eskimo Snow, without anyone noticing much difference, bar the vocals. Even if they remain plainly sung throughout, lines such as these make clear the inner turmoil: “California / What have you done to me”, “Everywhere I turn / It just brings me back”, “I couldn't sell the bed / So I put it up for free.”

The opening run foregrounds the best things on Jet Lag. 'The Truck And The Trailer' mixes vibes with drum blasts, and is the track that most resembles something that Wolf would play in the day job. The hushed layers of guitars of 'Master Cleanse (California)' are simple, beautiful. The burbling bassline on 'The New Car' works well with the faster verses, and the slower, sixties style Hammond organ and guitar stab chorus. Wolf's voice is deep, but delicate. There is more sense of momentum with these early tracks, perhaps intentionally, as they seem to concern Wolf's cross country move.

The lyrics become more emotional as the album goes on. The wordplay in the title of 'The Apart Meant' is followed by more ruminations within the song. See: “My apartment smells like divorce”, or, “I guess it's goodbye now / Did I guess wrong?” It's a song of heartbreak, wrapped up in a chorus that tries to 'na na na' its way out of despair. Much thought has gone into the way the melodies and the lyrics work together. When the words get darker, the music gets plainer and quieter. All the better to join in with the introspection.

The lag of the album's title doesn't just refer to the kind gained by moving across time zones. It seems to refer to the emergence from a long term relationship, that seething cauldron of emotions that leaves your brain heavy. As Wolf says: “It's the kind of jet lag / That makes a man want to weep.” And so he can be forgiven that some of the later tracks are not as clear headed as those earlier pieces. 'In The Seam' and 'Is The Body Hung' are too lethargic, with melodies that don't quite hang right on the stave.

Why?, more often than not, is seen as Yoni Wolf's project, his mode of artistic expression. This is Josiah's. The act of collaboration in the studio means ideas get modified / shifted / abandoned / created. This can be good, meaning things get refined, or bad as more extreme thoughts may get tempered down. Jet Lag has had neither. Full creative control was the only way these songs would emerge intact. Whilst at times the melodies feel frail, and it seems to struggle with a slight lack of something musically, at others the album is triumphant, with complex, brilliant pop songs about that age old theme, heartbreak.