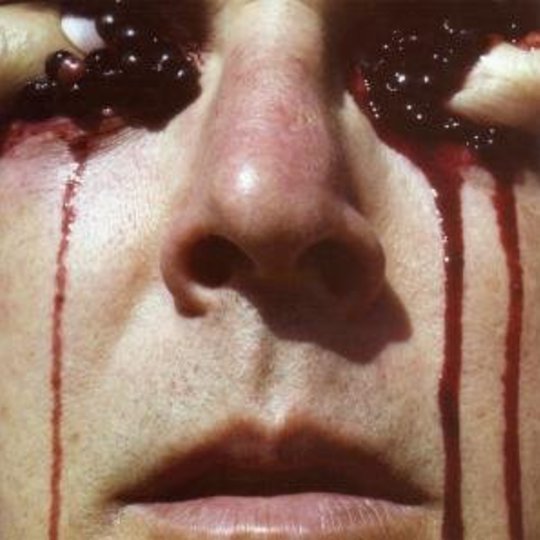 Remember the Electric Soft Parade? They were Nineties Brit Pop throwbacks who rode the Strokes-inspired new wave of guitar bands in the first months of the last decade. Thomas White and brother Alex wrote and performed 2002's Mercury-nominated Holes in the Wall, which contained genuine pop gems like 'Empty at the End' and 'Silent to the Dark', which were plastered over Radio 1's daytime playlist, got rave NME reviews and had the honour of soundtracking the opening montage on Hollyoaks. More than once.

My memories of ESP are several support slots with indie luminaries on the university circuit and a nerve-wracked, disastrous performance at the Benicassim festival in front of thousands of bemused and mostly Spanish Cure fans, during which both Whites appeared to want the ground to swallow them whole.

Multi-instrumentalist White, still only 25, has since played for Patrick Wolf, Brakes and British Sea Power, but is now stepping out on his own with The Maximalist, his first full length solo record. He plays and produces the whole thing, which is no mean feat - he's an especially good drummer. It's just the songs themselves that could do with a little something.

Instrumental opener 'Introducing the Band' segues from an ethereal choir to a Seventies Mick Ronson-style boogie, before merging the two in an epic sweep which - much like the album as a whole - feels too studied and grandiose for its own good. This simply warns of the oddities that are to follow.

ESP was always a fight between classic pop tendancies and long-winded prog-rock noodling, especially live, where the White Bros' epic jam sessions could drag on well into the wee hours if you'd let them. 'Jeruslalem Thorn' proves that for White the latter pot of influences has won him over for good: a slow, brooding passage of chugging guitars and nonsense lyrics gives way to yet more brooding guitars and nonsense lyrics, with added trumpet. This is not singalong fare.

But wait! White bursts into poppy life on new single 'The Last Blast'. Supergrass, Super Furries and all the class of 1996 converge on this quirky, fast-paced rocker, complete with spoken word chorus and bright brass honks. But it's still down-beat stuff. "Do you have any idea what it takes to be a man around here..." asks White in a monotone drawl, before declaring "history will remember us... We shall not have died in vain."

The press bumf assures us that the track is a 'thinly veiled, cynical dissection of the life and work of notorious World War II novelist Sven Hassel'. Whatever it's about, these lines are delivered with all the conviction of someone ordering new toner for their office photocopier.

The prog elements work better: 'Moonlight and Snow' begins with ELO-style lucious keys and harmonized vocals in a dream-like haze: think Flaming Lip's Seventies-inspired At War With the Mystics record. White cites soft rockers Chicago as an influcence. But then, out of nowhere, the track descends into a lengthy, aimless, meandering three-minute section of bargain basement electronic beats before returning to normality.

'The Weekend' attempts to claw back some of the melodic indie sensibility White clearly possesses - it even has a chorus, of sorts - and it is one of the better tracks on the album, but with its seven-minute-plus running time and multiple sections, including an awkward spoken word skit, it's so overblown and self-important it's bordering on ridiculous.

'Almost Like a Martyr' is the most complete and rewarding song on the album: it's quite affecting in its piano-led lovelorn arrangement and White's refrain: "We made mad love, shallow love, sad love and abandon love."

But in the end, these songs come to no conclusion and fail to lock into any groove or mood the listener may care to repeat. It may be callous to castigate a songwriter for forgetting to inject any melody into his songs: you can't write pop songs all the time, nor should you. But the overall product here doesn't nearly match the vaulted ambition or the doubtless musical talents of their author.