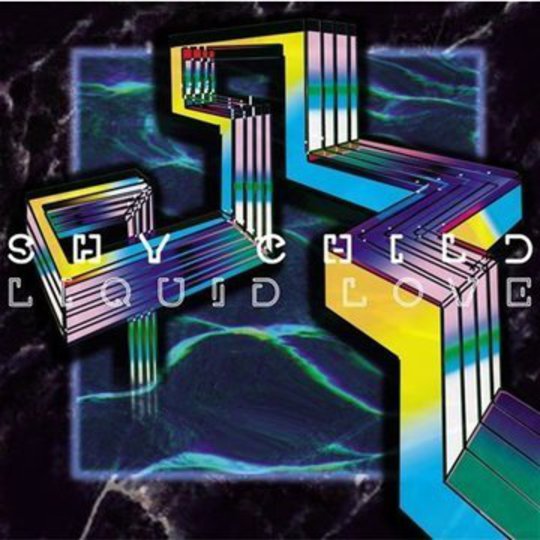 If in the past Shy Child have been regarded as peripherals of the Noughties electro movement, then it’s often down to the fact that the Brooklyn-duo have willfully taken steps to tread a different line from many of their contemporaries. When Justice and Digitalism were tearing up Europe’s calendar of dance festivals in the summer of 2007, Pete Cafarella and Nate Smith were supporting those most uncool modern rock behemoths Muse, at Wembley Stadium. That year’s Noise Won’t Stop, meanwhile, eschewed the floor-filling stylings of their chart-storming peers in favour of sparser, R&B-influenced cuts of spiky cohesion.

It comes as some surprise then that the group’s fourth album Liquid Love is a relatively straight down the centre affair. The jagged rawness of old is almost completely gone - only ‘Criss Cross’ stutters with the stark jerkiness of their previous work, and at over seven minutes even this nod to their former selves has been transfigured. What we get in replacement is gloss- the type of sparkly radio-friendly sheen that oozes commercial appeal. Make no mistake, this is Shy Child’s hedonism album; far from the drive and edge that characterised their previous three, they’ve instead uncoupled themselves from their progression completely, and taken upon it to inhabit a world of sun-kissed synth-pop and, erm, Fleetwood Mac. Yes, it’s a sample of the veteran rockers ‘Everywhere’ that opens up Liquid Love, a direct signpost as to what to expect from the proceeding ten tracks. Shimmering electronic pirouettes and infectious house-rhythms underpin their admission that “I’ve turned off my mind” - something the listener is obviously being encouraged to do as well. There’s no real depth here, but then there’s no pretense that there should be; this LP wants nothing more than some chemical enhancement and a shimmy across the dance floor which, when delivered with such openness, is a frequently joyful experience. ‘Disconnected’ is perhaps the best example of this: a wonderfully infectious four minutes of juddering burbles, falsetto vocals and dumb melodies that prod and niggle at your brain and feet alike. ‘The Beatles’ meanwhile is delightfully silly fluff, an unashamed slice of finest club cheese that adds on layer upon layer of sickly sweet syrup; and lest we forget the aforementioned ‘Criss Cross’- a seven minute opus of reverberating Eighties percussion and whirring electronics, it wouldn’t seem out of place on Sonic the Hedgehog.

The trouble for Shy Child comes in trying to keep this euphoric energy buoyant for course of the whole album. Whereas in the past they’ve jumped about within their boundaries, here there’s a real attempt to sustain a stable aesthetic. As a result, grins are starting to ache by around the seventh or eighth song- tracks like ‘Strange Emotion’ are eminently throwaway- and whilst ‘Depth Of Feel’ offers a pleasingly brooding respite, the constant feel good hum and transparent nature of Liquid Love begins to tire, if only a little.

For the most though this is an enjoyable romp. Shy Child have maintained their refusal to do the expected by ironically providing something that’s completely down the line. Liquid Love doesn’t try to be anything other than forty minutes of groove-tastic electro-pop, and as such comfortably hits its goals. Whilst some of their long term fans might be left disappointed with such a switch, for the rest of us it’s a chance to disable the brain and follow its creators into the froth - the real world can wait for a bit.