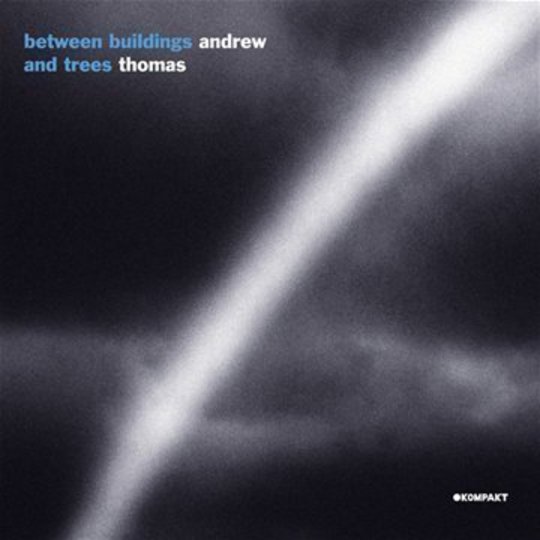 Without having done any detailed background research into this, it seems unlikely that most people who consume and enjoy ambient music, in the year 2010, have any particular expectation that its creators live a lifestyle that reflects their art. That is to say: this was not always necessarily the case. When Steve Hillage recorded zoned-out nu-age mini-classic Rainbow Dome Musick in 1979, it was for the purposes of soundtracking a small tent which was part of something called the Festival For Mind-Body-Spirit; dude was living it. So were a goodly proportion of those private-press freaks from the Eighties who recorded Zen meditation soundtracks with handbells and waterfalls all over the shop. Then the goalposts moved as technology developed, and before long you could pretty much create something that sounded like a flotation tank dream of a trolley dash in a weed plantation without leaving your home computer. Like I say, making cuckoo washy ambient kerfuffle doesn’t mean you’re in some joss-sticked hippy idyll any more. Andrew Thomas, though... sort of is.

Between Buildings And Trees, his second album and first since 2003, was pieced together at his home near the New Zealand coast, where his house overlooks the countryside. This is where the cover photo, a black and white snap of a rainbow, was taken. Oftentimes, he says, he will see dolphins and orca in the sea, for heaven’s sake. It’s as well he managed to get a German minimal techno label to put most of his work out, if only to offset the barrage of straw man imagery associated with the tweest end of the ambient genre. Do these nine tracks sound like they were made in bucolic Kiwi tranquility, then? Not specifically, no. Fuzzy synths, piecemeal piano and erratically glitchy computer drone doesn’t really lend itself to a national identity; rather, it speaks the international language of ‘pretty good, if you dig this kind of thing’.

This is my second encounter with Thomas this year, the first coming back in January with his contribution to Kompakt’s Pop Ambient 10 compilation. It was one of the highlights of a praiseworthy bundle, while not being 100 per cent predictive of what Between Buildings And Trees would sound like. Certainly, it’s not as suggestive that he takes active influence from that mid-to-late-Nineties posse of hairtossers on Kranky Records (Windy & Carl, Amp, Roy Montgomery – who I’d assume he’s in some way au fait with, if only as a fellow New Zealander). Rather, the spattering of piano within certain tracks, such as the opener ‘A Dream Of A Spider’ and ‘Above The World So High’, give pieces an opiated jazzy feel. You could probably mention Gavin Bryars, British composer best known for his The Sinking Of The Titanic, while you’re at it.

The constant human factor is central to this record’s appeal – it sounds like it’s been painstakingly assembled by a real person with subjective ears and inherent imperfections, not a computer program. The stop-start unease of ‘Moth In Mouth’ (okay, that title is twee) bears this out most audibly; elsewhere, a piano chord will sound, breaking up a rush of dewy synth hum, and you may wonder to yourself if there was any empirical reason it had to come in then, rather than, say, three seconds before. That isn’t a criticism, although it may clue you in to whether you’ll like this or not.

Something of a poster boy for the Pop Ambient posse, he wrote as if there were really such an organised group, Andrew Thomas has made an album that works as a strong example of its genre, rather than a hint of how it might be transcended. This is fine, really; apart from anything, ‘ambient’ has always been appropriately hard to define, and liable to bleed into myriad other forms, as happens here (early-millennium glitch and Seventies Krautrockers like Cluster, as well as the touchstones already mentioned). Between Buildings And Trees is as homecooked and eerie as those Emeralds and Robedoor nuggets you may or may not have scrapped like a dog over in recent times, but with enough copies pressed so everyone who wants one can have one.