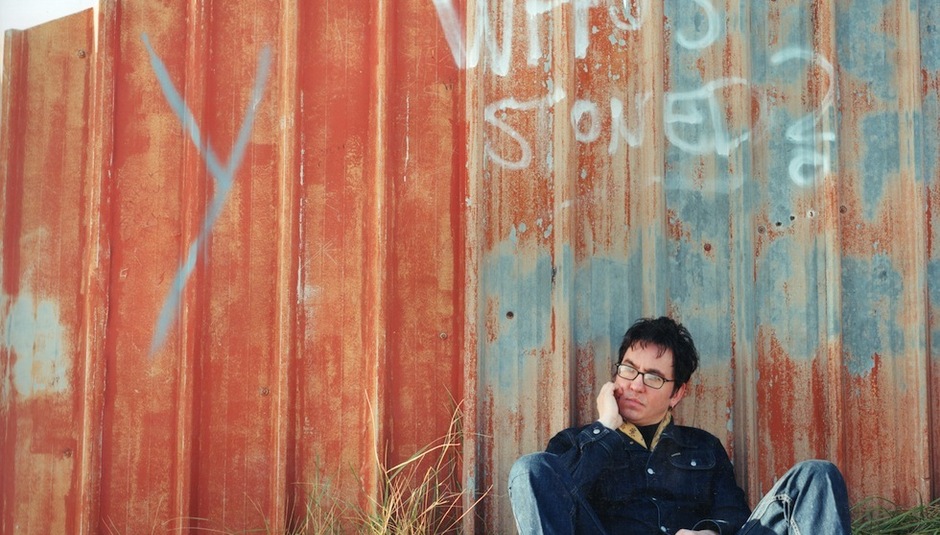 As anyone who’s seen Richard Hawley in concert can tell you, he’s a bit of a talker. Gigs can often feel more like stand-up shows with musical interludes, as Hawley talks us through the stories behind the songs in anecdotes that are often too blue to put down in print. It’s the same off stage as well. Ostensibly agreeing to chat to mark the re-release of his first three albums, the conversation veers off topic almost as soon as it’s begun. ‘There’s a Memphis in Egypt, you know?’ Hawley suggests at one point, my first name taking us from Elvis to the parting of the Red Sea within seconds. For the rest of our conversation, all manner of diversions pop-up, not least the man himself having to pop inside to put a jacket on as he’s ‘freezing his bollocks off’ sat on the front step taking the call. Like those diversions mid-concert, you don’t mind Hawley striding off on a tangent though – if anything it’s part of what makes him such a fascinating character and a songwriter, honest and heartfelt but wickedly self-deprecating at the same time.

The first time anyone heard him as a solo artist was back in 1999, and he was probably a lot quieter on stage then. ‘I was shitting myself, to be honest’ he admits now, thinking back to the first time he went on stage as a solo artist. ‘Even though it was just in a pub near where I lived at the time. I knew the landlord well, and people like Jarvis and Steve from Pulp had been encouraging me to get out there with my own songs, so this felt like a good time to test it out. But when it came round to it I’d invited that many people down the place was packed, and I was more nervous than I think I’ve ever been.’

It must’ve gone reasonably well though, as pretty soon afterwards Hawley took up the offer from a friend to use up some spare studio time left over from a recording session. What’s most surprising is that, rather than heading into the studio with a stockpile of songs from his years in music, Hawley wrote most of his early albums in the studio as they were recorded. ‘Definitely with that first record, I went in with a couple of ideas, but I really saw it as a bit of a exercise – to see if I could do it,’ he admits. ‘After the gig, where I’d realised just how different it was to get up there as the singer, the focus, after a long time standing to one side of the stage, the next thing for me was to test myself in the studio. So, I went in every day and worked through a song, writing it and then putting all the pieces together on the record. I think apart from a couple of drum parts and some other little bits, I play everything on that first record.’

Released in 2000 following the encouragement of Setanta Records’ Keith Cullen, the self-titled mini-album stood out wonderfully at the time. A short collection of sweeping instrumentals and unashamedly romantic songwriting, it seemed beautifully out-of-sync with everything around it. It was followed up swiftly by Late Night Final in 2001, also written and recorded in the studio, and further cementing Hawley as a songwriter of rare talent. Starting to garner support from the press and fellow musicians, Hawley also started to gather a loyal group of fans. ‘I guess I write songs to connect with people, and I don’t mind connecting with as many people as possible,’ Hawley suggests when asked about where he sees himself as a songwriter. ‘I’m lucky in that people of all ages seem to listen to my records and come to my concerts. Saying it’s timeless sounds a bit like I’m trying to talk myself up a bit, but it’s that kind of thing that I’m aiming for. If you’re writing songs for people of a certain age or chasing a sound that’s right at one particular moment in time, whenever they move on, you’re going to be left standing on your own.’

Coming from a family of musicians and a lifetime of playing in near-misses and almost-successes, Hawley is well-versed in how the industry works. However, he still admits that he was pleasantly surprised by the success he started to find around the release of Lowedges and particularly the single ‘Run For Me’ in 2003. Named after an area in his native Sheffield, the record shared a love of the city that has flowed throughout every record Hawley has released. Not that he always felt that way. ‘When I was younger, I was like everyone in thinking that where I’d grown up was shit,’ he admits. ‘It was when I’d travelled around, drunk myself stupid and got all that out of my system that I realised I was happy here. When I was younger I said I was never going to be one of them people that moves back a hundred yards from where they grew up, have kids and spend my time walking the dog, but now I can’t think of anything better!’

Listening back to that trio of records, it’s clear that the things that make Richard Hawley such an interesting artist – that timelessness, honesty and a way around a good tune – have been there from the start. Indeed, the reason for their re-issue is testament to their lasting quality. ‘It’s because people were paying stupid money for them on vinyl!’ Hawley admits. ‘The first two have never been on vinyl actually, and I’m a big fan so it was nice to get the opportunity to have them all available like that.’

The only area you can’t get Hawley to talk on too much is what might be coming next for him. Following an enforced lay-off due to a back injury (“if there was literally a million quid on the table there, I wouldn’t have been able to move to pick it up) he’s got a few projects up his sleeve, but won’t reveal any details just yet. ‘They’re like cakes really,’ he suggests. ‘You might think they’re going to be great, but you don’t talk about them until they’re out of the oven, do you? Just in case they’re crap.’ Given what he’s cooked up previously, I’d be inclined to think we’re in safe hands. 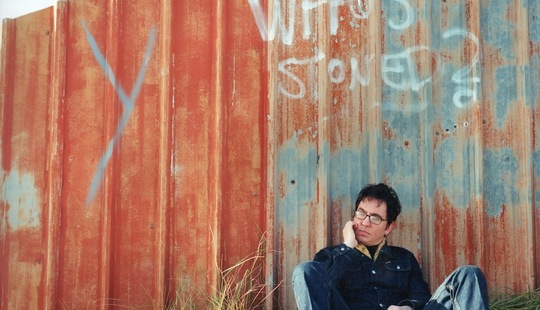