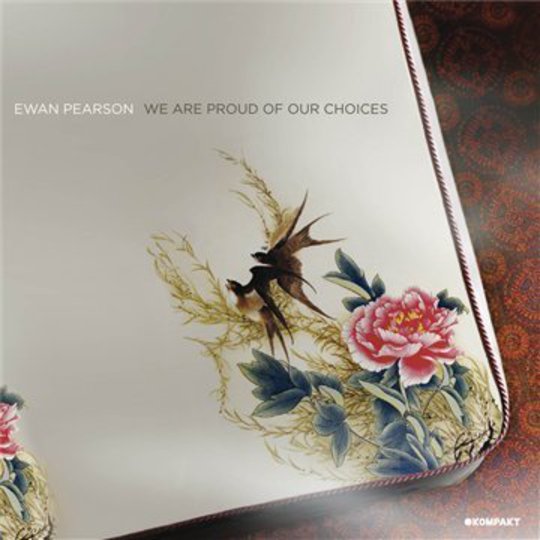 While the world and her husband have lots of fresh and exciting opinions about the changing nature of the music industry in the face of technological leaps, these opinions tend to be put into equally fresh and exciting thinkpieces. Reviews, however, are a different matter: to read 99.9% of them is to block out, for a few minutes, the possibility of acquiring music via the internet. Which is basically how it should be. You rat bastards might be okay with going precisely against the wishes of the artists you profess to admire, and helping to make it as hard as possible for them to finance further efforts, but no-one (even people who walk a slightly wobbly moral tightrope by getting shit-tons of new music as free promos) is likely to legitimise it by saying 'In conclusion, then, perhaps not worth eleven quid, but if you find it on Rapidshare it’s worth a quick listen.'

And yet. If we accept that these are the times we live in for the foreseeable, we can acknowledge that some niches of record releasing have been made to look a little bit dated. For example, dance mix CDs, like We Are Proud Of Our Choices , the third by Berlin-based Brit, sometime producer and oftentime remixer Ewan Pearson. A dozen DJs of varying ability and prestige just uploaded their latest mix in the time it took you to read that last sentence, and it’s unlikely that any of them are expecting payment – at most it’s part of their promotional hustle. If you release a mix CD in 2010, therefore, it needs to be by someone dead famous, or be part of an established and bankable series, or have lots of exclusive tracks, or radically recontextualise the source material. Or some combination thereof. Let’s see how Pearson fares.

By no reasonable definition a superstar DJ, Pearson has nevertheless earned himself a lot of goodwill over the last decade, and is something of a go-to remix figure for your more forward-faced indie or pop act – Goldfrapp, Depeche Mode, the Pet Shop Boys and Franz Ferdinand have all profited from his manicured re-rubs. Similarly, his sets effectively marry glacial house depth to leaning, lysergic minimal: choice 4am/very dark room/below ground level fodder. His mix album for Soma in 2005, the first in their sporadic but good Sci.Fi.Hi.Fi series, captures this effectively and adds an oddly romantic streak. With WAPOOC, Pearson makes his solo Kompakt debut, and has confessed not only to tailoring his tracklisting to his notion of the label’s aesthetic, but also being in thrall to previous Kompakt mix albums by Michael Mayer and DJ Koze. DJ mixes are possibly the least celebrated part of the imprint’s catalogue overall, but either way, this 18-track disc only fleetingly recalls Mayer’s icy escapism or Kose’s slightly loopy subgenre splicing. Not that either of those should be prerequisites, of course.

The ability to make rangy strides connecting unlikely style with unlikely style in his mixes is one of Pearson’s major attributes, and in kicking off with some indie-dance – recentish Sunday Best release, Lemonade’s ‘Bliss Out’ as rerubbed by Gold Panda – he gives you cause to wonder quite how it’s going to build this up in time for peaktime. ‘T Times Too’, by Tony Nwachukwu, kicks the mix out of its IDM-ish drift about a quarter of the way in, deep house chords meeting dub-techno righteousness. Cascading arpeggios see out Taron-Trekka’s ‘Shiroi’ and give way to handclap percussion, letting us know that we’re now squarely in the land of minimal house. Certainly, Pearson has his dancefloor head on for most of WAPOOC, terrain in which he’s more than proved himself, but his choices are more solid performers than fare capable of spiriting you away – and his fluid, equivocal mix style reflects this.

There are a few cuts you can’t currently hear outside of this disc, although none of them are clear highlights. RMNVN’s ‘Uno’ is less the burly bosh you might imagine of an Ivan Smagghe / Roman Flügel (of Alter Ego) teamup, rather a polite post-Boards Of Canada hopalong; while near the close, the DJ himself provides a lush, sorta Balearic edit of ‘Fortune’ by indie-synthpop Swedes, Little Dragon. Worth the dreaded asking price? Realistically, no. Ewan Pearson, in talking of his intentions for this album, has acknowledged the quintillions of downloadable mixes and podcasts out there, but beyond the fact it’s in a sleeve with what looks like your grandmother’s tea tray on the cover it’s hard to say exactly what he’s done to eclipse them. It’s a decent snapshot of that nebulous minimal-not-minimal sound at present, but, you know… we’ve got bills to pay.