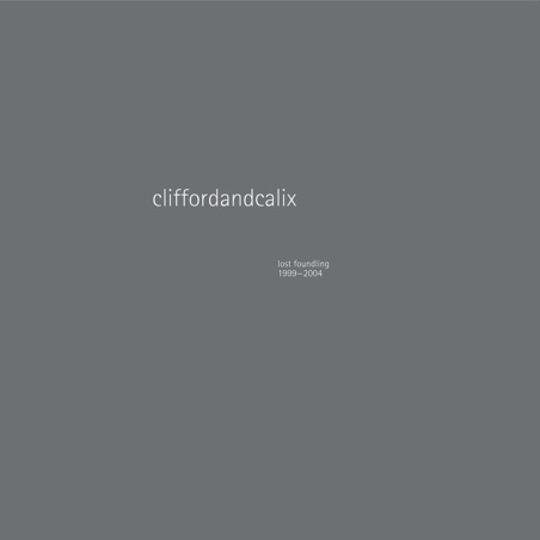 Digging through an archive of recorded-on-the-fly material and sticking it all together on a disc is far more likely to produce an incoherent mess of half-formed ideas than a lost masterpiece. That Warp luminaries Mark Clifford (he of Seefeel) and Mira Calix have managed to assemble an album that holds together surprisingly well, and from such disjointed source material, is undoubtedly to their credit. Lost Foundling, at its best, touches on something entirely separate from either artist’s solo work. There remains a feeling throughout, however, that Clifford and Calix’s efforts on here pose more questions than they answer.

Strangely though, that’s not entirely a bad thing. It’s easy to debate ad infinitum around what makes music ‘good’, or worthy of praise, and a sense of purpose and narrative thrust tends to feature pretty high up on most peoples’ lists. Yet many of the tracks on Lost Foundling seem to work against the notion that easily definable temporal progression is necessary to give music a purpose. Opener ‘Someone Like Me’ and the ethereal drifts of ‘Beethaven’ and ‘One 2 Far’ seem merely to hang around, content to wallow in a bath of analogue electronics and static interference, broken only by the occasional recognisable melody. Throughout its length there are hints that something spectacular is just around the corner, and the sudden dynamic shifts of ‘Myrie’ and ‘cket’ are suggestive of potential resolution, but for the most part this doesn’t arrive.

When those promised moments of transgression come, and all these elements – harsh electronic feedback, Fennesz-esque ambient meanderings and Calix’s heavily processed vocals – gel to produce something more than the sum of their parts, the effect is remarkable. Digi-soul lullaby ‘Dream Of You’ offers a glimpse of human warmth from behind a wall of noise, as Calix’s simple refrain stacks upon itself in a chunky major key harmony before shifting to darker robotic foreboding. ‘Pull It A Part 1’ is even better, the tension between impossibly busy percussion and soft melody a little reminiscent of the tightly packed, pastoral beatscapes of Highpoint Lowlife’s 10-20.

That this record remains more a curio than a definitive document is not entirely surprising – it was pieced together as a compilation of the duo’s favourite tracks from over five years’ worth of snatched studio time, music laid down in brief snippets of downtime between tours and other work. In that sense it’s impressive that Lost Foundling sounds as coherent as it does – the common thread running through all these tracks suggests that both fell repeatedly into the same headspace each time they met, picking up effortlessly where they left off before. And somehow it pulls together into a coolly meditative whole, not necessarily an easy record to listen to attentively – or, indeed, to fall in love with – but one to float away in. For a little while at least.